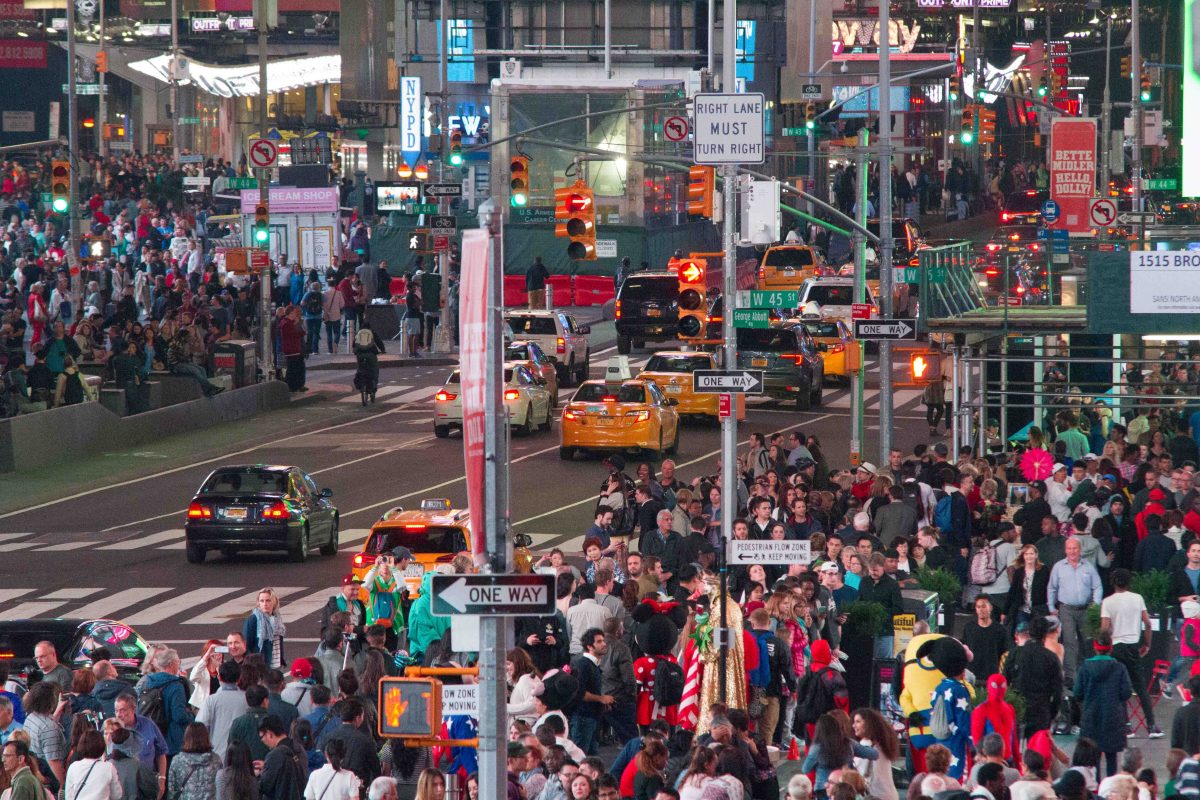 Researchers at the University of Colorado at Denver and Florida Atlantic University sought to answer this question: Is the fear of the negative economic effects of traffic congestion justified, or is congestion merely a nuisance with little economic impact?

Study co-author Wesley E. Marshall wrote in an email, “Without traffic congestion, there would be less incentive for infill development, living in a location-efficient place, walking, biking, and transit use, ridesharing, innovations in urban freight, et cetera.”

People may also switch to other modes of travel because of congestion. For example, in the ten most congested U.S. cities, seven are among those cities with the lowest driving mode share, eight are among those with the highest transit ridership, and four are among the top ten cities for biking and walking.

Further, congestion may lead to concentrations of certain industries—such as high tech and professional services—that are not impacted as much by congestion as other industries, such as manufacturing.

A 2011 CityLab article by former Congress for the New Urbanism President and CEO John Norquist also suggests that there is good and bad congestion, much like there is good and bad cholesterol for the human body. You must have some cholesterol to stay alive and, in the same way, some congestion is essential for a city. For example, congestion in a historic downtown with many destinations and beautiful architecture means that many people are visiting—spending money, increasing real estate values, and walking. On the other hand, congestion on a highway would be defined as “bad” congestion.

Another study found similar results. Businesses may be more likely to leave areas that have a great deal of regional congestion but stay (and prosper) in cities with local congestion. This study confirms that traffic congestion can promote economic growth but also suggests that there might be a point where it does indeed become a drag on the economy.

Future studies will need to confirm the point, if any, where congestion begins to negatively affect the economy and whether that point is affected by the type of congestion experienced by drivers. New datasets may make the latter differentiation easier.

The lesson in this research appears to be that it is critical to take a holistic approach to traffic engineering and planning. Instead of striving to allow vehicles to move quickly, designers may want to consider the ease of reaching a variety of jobs and other destinations needed in residents’ daily life. After all, that is the point of our transportation network.