As reported in the Los Angeles Times, California has met its target for reducing greenhouse gas emissions below 1990 levels four years early, an impressive feat, and one that comes while the California economy continues to flourish.

But the reductions come almost entirely from the generation of electricity, while emissions from transportation continue to rise. More driving, public preferences for larger cars, lower gas prices, and a booming economy are all to blame for the rise. Adoption of electric vehicles has also lagged anticipated levels. Although emissions from cars and trucks have not yet rebounded to their peak before the recession, the climb from a low in 2013 is substantial. 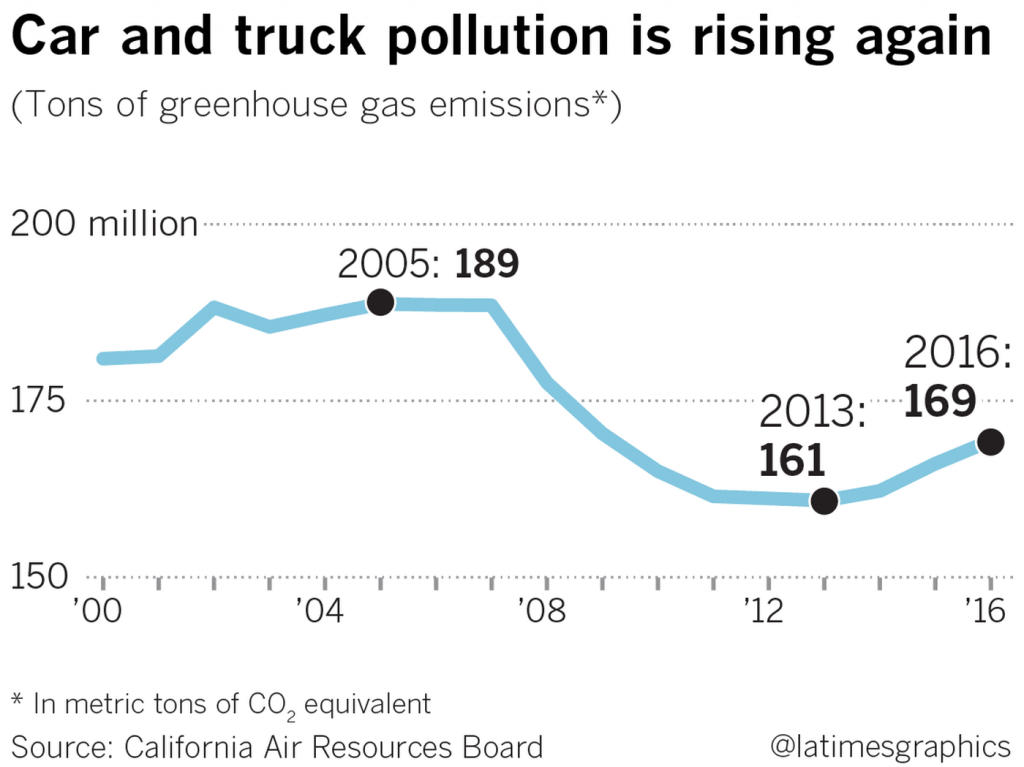 Despite the relative lack of progress in transportation, the Trump administration announced on Aug. 1 that it plans to eliminate the waiver California enjoys from national mobile source pollution rules, allowing the state to impose GHG emissions limits. With 13 other states also following the California standards, these stricter rules have led automakers to create less-polluting vehicles for the entire country and have helped the zero-emission vehicle market grow. The Trump administration is also proposing to roll back national standards for fuel efficiency—a key determinant of GHG emissions—that apply outside of the “California car” states.

The Trump announcement has generated the expected pushback from environmentalists, who oppose rollbacks in emissions and efficiency rules. It also got a cool reception from automakers, which are faced with substantial uncertainty and the potential of diverging California and national standards, should a lawsuit challenging the elimination of California’s waiver succeed.