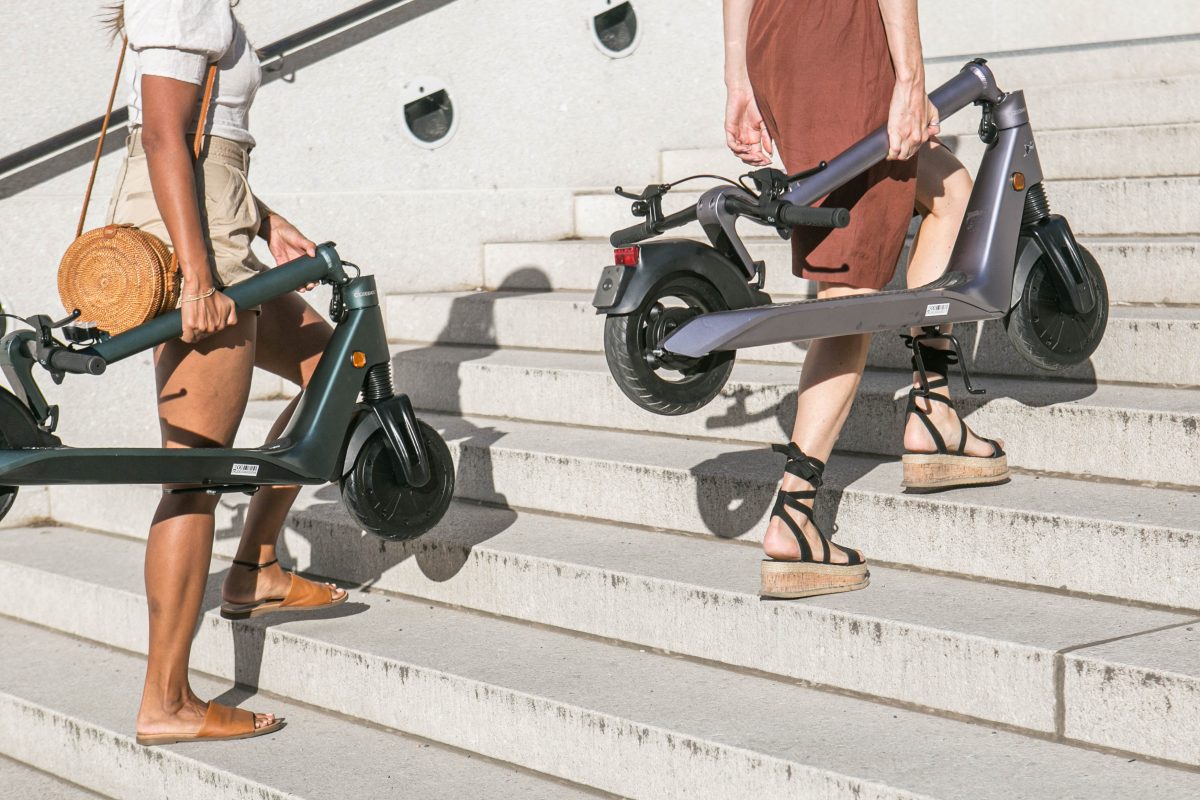 Can the rise of new personal mobility options lure drivers out of their cars for short trips? Several recent reports say, “yes,” but only if cities resolve both infrastructure and legal issues surrounding their use. At the same time, examination of walking and biking rates from 2001 to 2017 show that better infrastructure and policies are needed to help them supplant driving for short trips. However, cities that have invested in infrastructure have seen a dramatic rise in active transportation.

As pointed out by an Inrix analysis in September, 50 percent or more of driving trips are three miles or less in many cities. As part of a study of trip making to and from George Mason University in Fairfax, VA, SSTI found that “nearly 40 percent of car trips originate from within a few miles.” These trips are ripe to be made by modes other than driving due to the proliferation of new shared and private “little vehicles” (LVs)—as a recent article in Transportation Findings have dubbed the bicycles and scooters (both manual and electric, personal and shared), Segways, hoverboards, standard and electric skateboards, and other variations of personal mobility devices that are popping up in cities. But the authors point out that these LVs often live in a legal limbo, and cities need to invest in infrastructure and make it clear where LVs are allowed to operate.

LVs are already being used principally for trips of less than three miles, the distance that feels too far to walk, but is inefficient by car. Others have come to similar conclusions, specifically about how the investment in walking and bicycling facilities have the potential to move trips to active transportation to increase public health.

Headlines can be deceptive. Researchers looking at the rates of active transportation in the context of improving physical activity told a depressing story when they claimed that, using the NTHS, biking and walking rates had changed little from 2001 to 2017. But when one digs deeper, it turns out that personal trips by all modes have declined during this time, but the portion of trips made by active modes has risen dramatically. And commuting by bike in cities that have invested in bicycle infrastructure has skyrocketed.

While the number of people walking and biking changed little in the last 20 years—bad news for researchers hoping that people will be physically active via their transportation choice—the funding the federal government, states, and cities have put into improved infrastructure has changed the share of all trips made by walking and biking. “Indeed, relative to motorized travel, active travel has increased considerably: the combined mode share of walking and cycling rose from 9.6 percent of all daily trips in 2001 to 12.9 percent in 2017.”

But the authors of all the studies opined that only increased attention to infrastructure and policies to improve the safety and comfort of active transportation will lure more people out of their cars for short trips. The increases in active transportation have mostly been in dense urban areas, which is good news for people trying to move about in those areas, and there is tremendous potential to further change the mode split for short trips. But where infrastructure is lacking, even the availability of LVs may be enough.