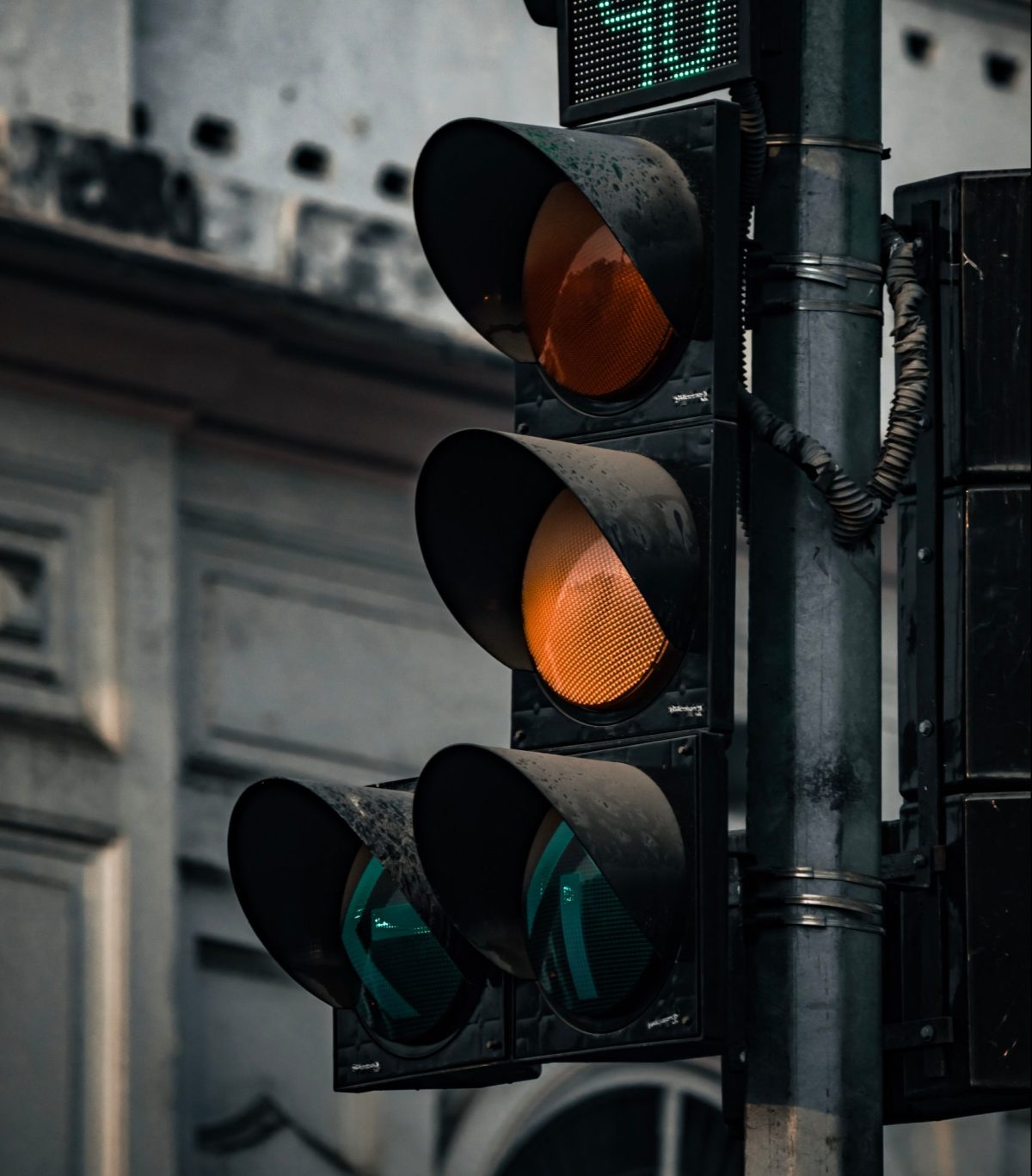 Yellow lights are provided to alert drivers to the need to stop for a coming red, or to allow them to enter an intersection if they can’t safely stop. While there is no federal standard for the length of a yellow light, states have generally relied on a kinematic solution, published in 1960, which only accounts for vehicles traveling with a constant velocity over flat terrain. In effect, the 1960 solution does not account for turning vehicles. After several years of study, ITE has released a report recommending a new standard of practice based on work by Mats Järlström, which does take the physics of turning into account.

There is a storied history behind this challenge to traditional signal timing, which includes a fair amount of litigation.

As explained by Jay Beeber in the latest ITE Journal, the original solution sought to eliminate the “dilemma zone,” where drivers could neither stop safely nor proceed without accelerating. The old standard could result in a vehicle’s presence in an intersection during a red light. Järlström’s equation accounts for three distances: where the yellow light is perceived and reacted to; where the driver decelerates prior to entering the intersection; and a “Go Zone” where the driver proceeds at a constant speed through the intersection, by turning or going straight. When the speed at which the driver enters the intersection equals the maximum approach velocity, the Järlström equation reduces to the equation from 1960.

As recounted by Karl Bode, Järlström contends that “by doing this, it will create an area in the roadway where drivers can both stop or go to solve the ‘driver indecision zone’ to avoid having drivers accelerating unsafely through our signalized intersection.” These changes to signal timing may reduce dangerous behaviors, and create a safer environment for cyclists, pedestrians, and drivers. It may also help drivers of heavy vehicles, or drivers with different skill levels, safely navigate intersections as they transition from green, to yellow, to red—although Jeff Lindley points out that research into the effects on safety, driver behavior, and other areas, is still needed.