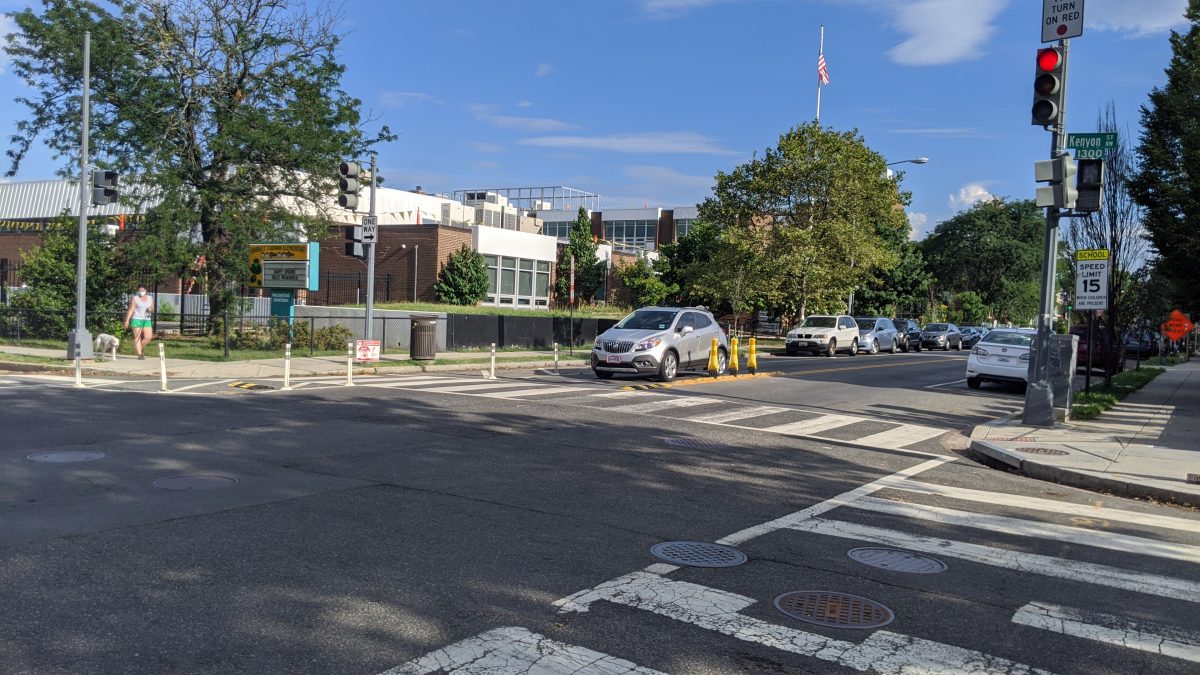 Left turns pose a significant danger to pedestrians, but a solution could be simple. A recent study from the Insurance Institute for Highway Safety indicates that “centerline hardening” features―like bollards and rubber curbs that prevent drivers from cutting across intersections at a diagonal―reduced turning speeds and decreased conflicts by 70 percent at sites around Washington, DC.

Centerline hardening treatments are one of several left-turn traffic-calming treatments gaining popularity around the country. Washington plans to target 85 intersections with similar improvements by the end of this year, and New York City has used similar methods at more than 300 intersections since 2016.

The IIHS study looked at 10 intersections where the District Department of Transportation had installed hardened centerlines in 2019, and compared them to eight control intersections without those features. The researchers collected before and after data on turning speeds and conflicts between left-turning vehicles and pedestrians crossing parallel to the vehicles. They defined “conflicts” as any situation where either the driver or pedestrian took sudden action to avoid a collision (braking, swerving, or jumping out of the way).