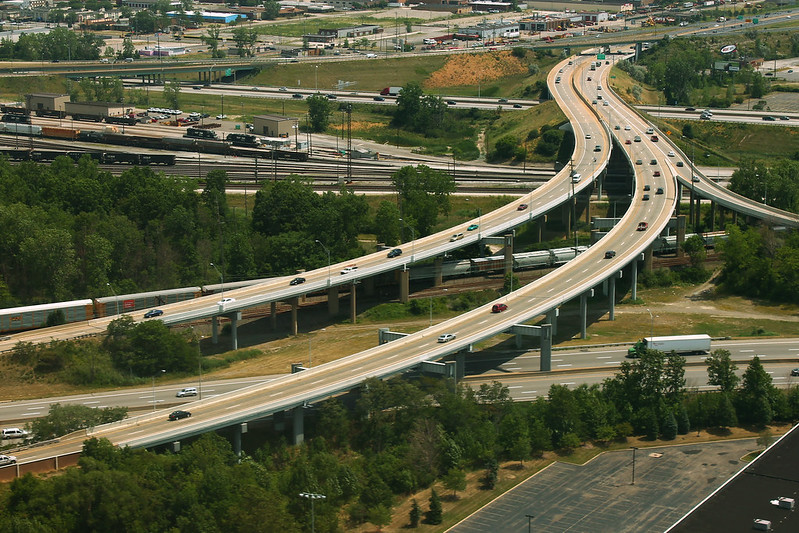 The greater Cleveland area is coming to terms with the sometimes-messy impacts of repeated highway expansions. For decades, highway capacity investments have caused the area’s dwindling population to simply move around and spread out, and now eight new major interchange projects are in the works. So before moving forward, the Northeast Ohio Areawide Coordinating Agency (NOACA) and the local Ohio DOT office are hoping to take a closer look at the costs of continuing down that path.

The region’s conventional approach, common among MPOs and DOTs, considers the direct costs of highway construction and compares those to benefits like time savings and safety improvements. But it typically doesn’t look beyond the immediate project area to consider how new development near the project might come at a cost to other surrounding communities.

Reid Ewing, a distinguished planning professor at the University of Utah, found in his research: “Major highway investments have small net effects on the growth and development of metropolitan areas and, instead, mostly move development around the region to take advantage of improved accessibility.” Looking at the overall benefits, he calls it a “zero-sum game.”

NOACA has already seen this play out in past projects, adding that the approach has “facilitated and heightened racially segregated communities and disparate outcomes relative to mobility and access to opportunity.” Its upcoming long-range plan aims to address that systemic racism. In the near-term, however, the agency is hoping to make substantial changes in the policies and evaluation criteria used to select and prioritize these massive investments. Staff plan on presenting a new approach to NOACA’s Policy Committee in October.