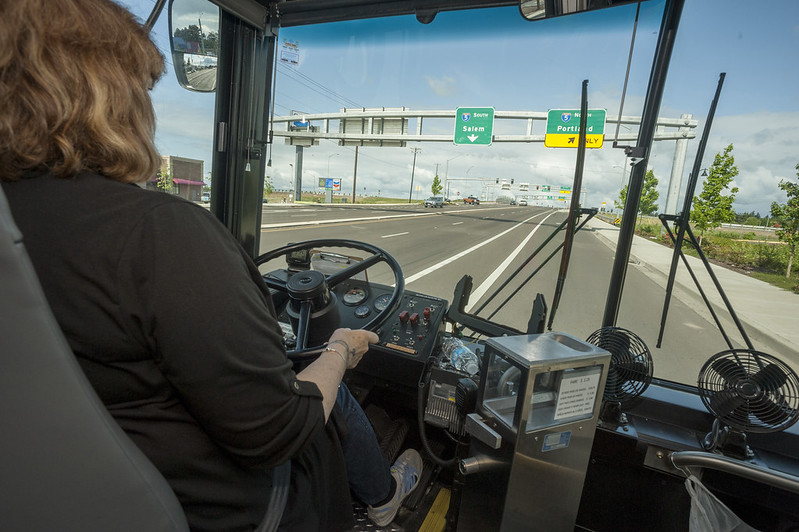 Transit agencies have experienced steep bus ridership declines during the COVID-19 pandemic. Bus ridership in greater Boston dropped about 80 percent, for example. But the drop wasn’t uniform: Essential workers still needed to get to work, and many relied on transit.

That lack of uniformity contrasts with the common transit-agency response to the pandemic, which is to switch the system to weekend schedules on weekdays. A new analysis by TransitCenter demonstrates the pitfalls of this change, and outlines a more nimble approach.

The analysis uses automated passenger counts and travel surveys in the Boston area to compare 2020 bus ridership during the pandemic to that from 2019. Residential areas in the affluent suburbs west of Boston saw declines of 85 percent or more. Riders here were working from home in large numbers, and thus no longer commuting to downtown. The north-south corridor where the population is more, as TransitCenter describes, “Black, brown, and low income,” saw less of a decline, retaining about 30 percent of riders. The least affected routes were those connecting outlying suburbs, which retained about 40 percent of riders.

Large declines in ridership can be seen in the business, cultural, and university districts immediately surrounding Downtown Boston. Trips also fell precipitously at the bus stops in affluent communities to the north and west of the central city. 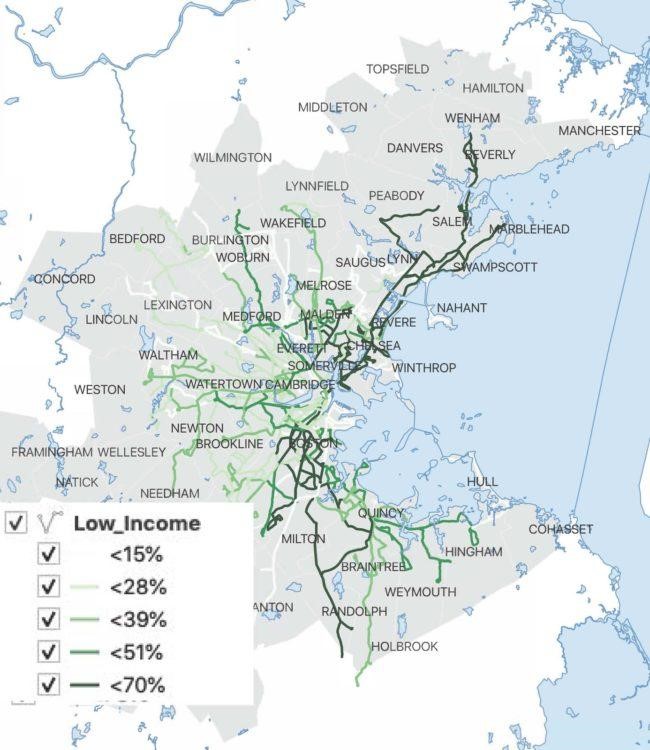 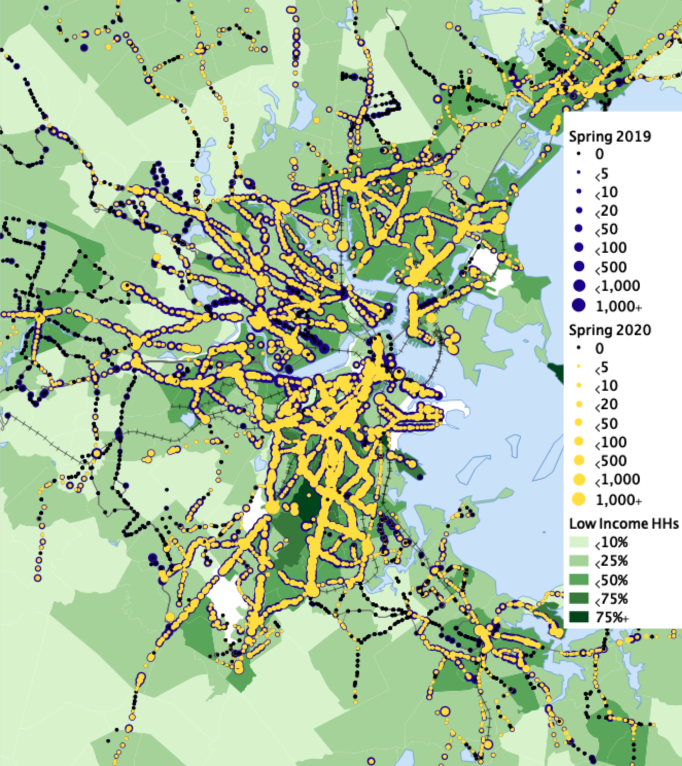 TransitCenter suggests that travel surveys—more frequent and in-depth than the decennial census—are a useful tool for targeting service changes where they give the most benefit. Tracking passenger counts also helps to pinpoint the demand for service. Quarterly changes may not keep pace with the changes brought about by the pandemic.

The initial mismatch of service and ridership has not escaped notice in Boston. Since an initial shift to a full-time weekend schedule, the Massachusetts Bay Transportation Authority has continued to refine schedules to better meet ridership demands.