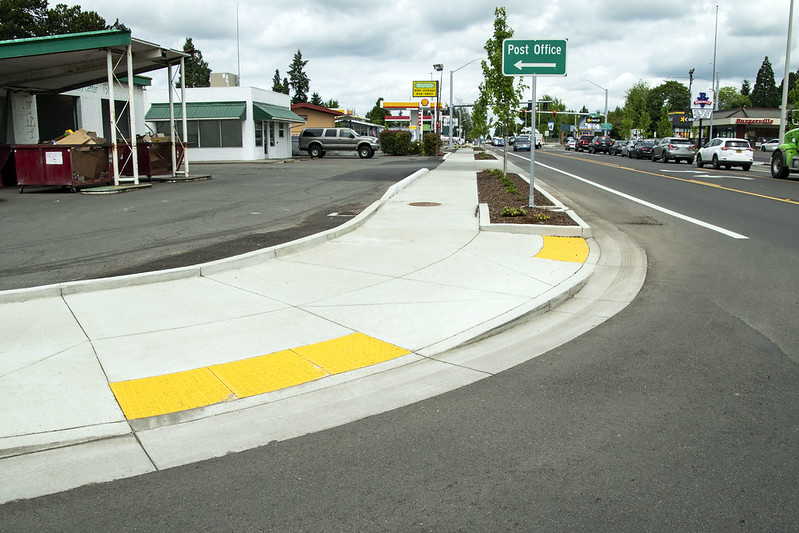 July marked the 30th anniversary of the Americans with Disabilities Act, prompting cities and organizations around the country both to celebrate the hard-fought local advocacy efforts that grew into a national movement and led to its passage, and to reflect on how far we still have to go. While the law mandates the removal of physical barriers that exclude people with disabilities from equal access to opportunity and participation in public life, those barriers remain widespread three decades later, especially in transportation infrastructure and public spaces.

A recent study evaluated the existence and quality of city plans used to identify and remove barriers for pedestrians with disabilities and looked at why implementation of the ADA is still lagging thirty years later. The study looked at a sample of 401 cities and counties and found that just 54 (13 percent) have their required ADA plans completed and readily available. Only seven of those 54 cities’ plans meet minimum requirements. The study also found that 65 percent of curb ramps and 48 percent of sidewalks are not accessible in those cities based on the information available in the existing plans.

The study authors highlight several reasons for the low adoption, particularly a lack of accountability. Only a few states actively enforce the requirement or require compliance to access state funds. With limited funding, many agencies take a piecemeal approach, only upgrading their infrastructure to ADA standards as part of maintenance and new construction projects already on the books. There are exceptions—like the City of Tempe, AZ, which set a goal of addressing all barriers to accessibility by 2030, created an online map, and is actively involving the public in the process—but most local and state agencies have not taken a proactive approach to inclusive pedestrian planning.

The 30th anniversary is an opportunity to revisit policies that encourage this bare minimum rather than a proactive approach. ADA supporters have long pointed out that everyone has a stake in removing barriers for pedestrians with disabilities. Accessibility features typically provide much broader benefits, often referred to as the “curb-cut effect.” Accessible sidewalks are better for pregnant people, people with strollers or young children, people with luggage, and older adults. The CDC has estimated that one in seven adults in the United States has a mobility-related disability, and roughly a quarter of adults experience a significant disability at some point in life.

Other supporters, notably Angela Glover Blackwell of PolicyLink, have made the case that the curb-cut effect applies even more broadly to policies and programs to protect vulnerable groups. For example, a national battle spearheaded by frustrated flight attendants to end smoking on planes grew to a decades-long public health campaign that has cut tobacco consumption in half since the 1960s. A movement to protect young children led 49 states to adopt seat belt laws that have saved more than 317,000 children’s and adult’s lives since 1975. Glover Blackwell argues that policies and investments intended to address inequities in safety, health, or economic prosperity often produce outsized benefits. Moving past the societal suspicion that intentionally supporting one group hurts another would improve how policymakers approach expanding access to opportunity, in transportation decisions and otherwise.