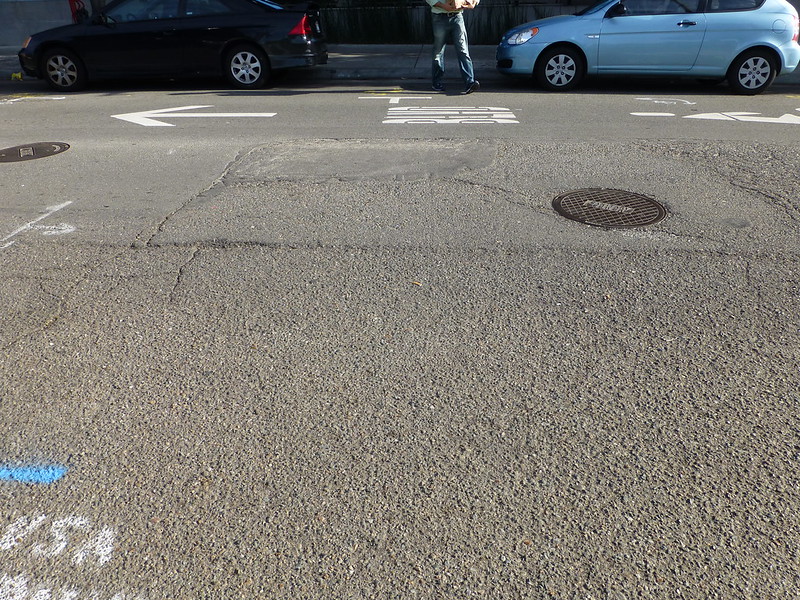 In an effort to reduce greenhouse emissions, reduce plastic waste, and improve the sustainability of road maintenance, Caltrans is testing a new technology that combines recycled plastic with in-place asphalt recycling. The technology, a plastic binder developed by TechniSoil Industrial, uses the equivalent of approximately 150,000 recycled plastic bottles per lane-mile, eliminating the need for fresh bitumen (a petroleum product).

The existing roadway is crushed, mixed with the plastic binder, then paved back onto the road surface at ambient temperatures. Paving at lower temperatures has the potential to reduce energy requirements over hot- or warm-mix asphalt. The in-place recycling reduces the need to truck new materials over potentially long distances.

According to the company, the plastic binder-with-recycled-asphalt road surface performs much better than traditional asphalt. Its tensile strength is about five times that of asphalt, and the material has a much lower flow rate than asphalt. With a compressive strength comparable to concrete, the surface resists rutting and cracking. TechniSoil says the surface should last 2 to 3 times longer than asphalt.

The company touts “zero leaching” into the environment, compared to traditional hot-mixed asphalt,which could potentially leach bitumen components. Much of the leaching from roads that causes concern comes from heavy metals or hydrocarbons that are deposited on the road surface by vehicles, independent of the road surface material. The release of microplastics by roads with a high plastic content is another concern cited by some.

Some countries are looking to incorporate more plastic into roads as a means to reduce the amount of plastic in the waste stream. In the U.S., according to the EPA, 35.4 million tons of plastic waste were generated in 2017, of which only 3 million tons were recycled―a decrease from higher rates in 2015, and 2016. The statistics for beverage bottle and food container PET plastics—such as those used in the plastic binder—are better, with almost 30 percent recycled. But that still leaves nearly 70 percent of PET headed to incinerators or landfills.

Still, if we estimate 4 tons of plastic per lane mile, 7.5 million lane miles would have to be resurfaced annually, using this resurfacing technology, to use up anywhere near the amount of plastic generated by the U.S. annually. That’s about a million miles less than the total number of paved lane miles in the U.S. Developing markets for recycled plastics is beneficial in the short term, but the top plastic waste reduction strategy promoted by the EPA is to reduce the consumption and production of single-use plastics.

Not all plastics are suitable for use by this technology. A recent article in USA Today points out that the demand for recycled PET plastics is fairly high, especially in the beverage industry. If this resurfacing technology could work to recycle some of the lower-density, lower-demand plastics (polyvinyl chloride, low-density polyethylene, polystyrene, etc.) it would be of greater overall benefit to a reduction of plastic in the waste stream. TechniSoil maintains that the ability to recycle the entire road surface in place without producing additional waste has been of paramount importance in this project, and methods to incorporate lower-density plastics are also being pursued.’