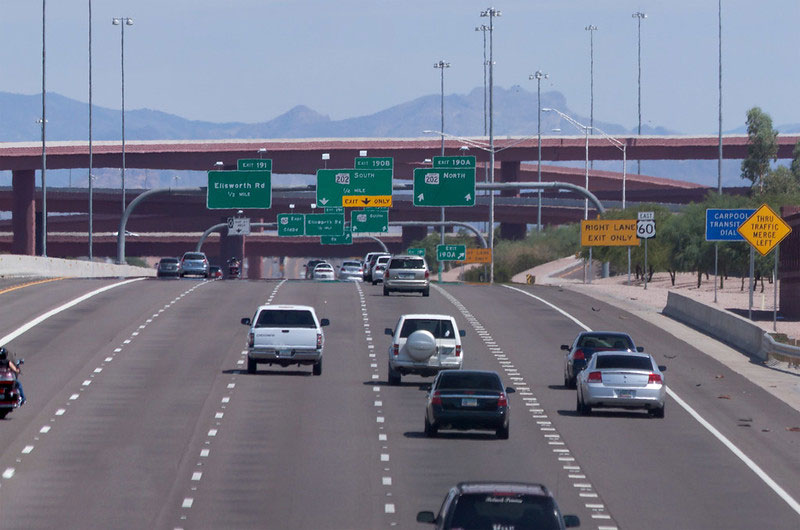 Traffic forecasts guide most of our major transportation investments, but the models that produce them―conceived more than fifty years ago in the early days of national highway building―are not living up to our most critical needs today. A new Vice report calls them the “broken algorithm that poisoned American transportation.” Whether or not they deserve that title, there are real issues with how the models work and, more importantly, the way they are often used.

Looking back at almost 1,300 forecasts, a recent NCHRP study found some of the best models are only off by 14 percent on average, while other forecasts average around 32 percent. They are all over the map, but tend to overpredict more than underpredict. This means some projects could be scaled down and others are simply not necessary. Vice tells the story of the “Spaghetti junction” in Louisville and another recent study points to several similar projects in Virginia.

One reason the models are off is that traffic volumes are not rising as quickly as they used to. This has caused the U.S. DOT to adjust forecasts reported by the states and it could be exacerbated by the impacts of COVID on economic activity and travel behavior.

But there are other long-standing issues with the models. One is that future development patterns (often reported by towns, counties, and metropolitan planning organizations) are usually baked in, even though we know transportation investments help guide that growth. Widening roads to new growth areas makes the anticipated development possible but, as the Cleveland MPO recently acknowledged, often just shifts people and activities from other areas.

A second issue is the way most models simulate travel behavior. The simplest “four-step” models assume that people’s daily trips are more or less fixed (like development patterns) and that people primarily decide which mode to use and which route to take. This sometimes translates into outrageous delay on popular routes, despite the fact that most of us choose where to live, where and when to travel, and how to get there, precisely to avoid those situations.

“You’re not thinking about how people behave and how they’re using the system,” says UConn engineering professor Norman Garrick to Vice. Joe Cortright, who writes for the City Observatory, recalls the term “lemming theory of demand.”

On top of that, the models typically use large analysis zones and simplified highway networks that are much better at handling regional driving trips than local walking, biking, and transit trips. That tips the scale in favor of larger highway projects.

Some agencies and modeling experts are working hard to fix the technical issues. A handful of agencies use models that integrate both land use changes and transportation investments into a single package. Others use dynamic or activity-based models, which represent travel behavior more realistically. Even the simplest approaches, however, can be resource intensive, as one novel approach to modeling bicycle travel shows.

A simpler solution, however, might just be using the models differently. “We think the model is giving us the answer,” SSTI Senior Policy Advisor Beth Osborne tells Vice. “That’s irresponsible. Nothing gives us the answer. We give us the answer.” In other words, we can build and widen highways to satisfy the hypothetical models or, just as easily, we can invest in local connectivity and robust transit to address the immediate needs of existing communities and work toward long-term policy goals related to sustainability and equity. And there are now many more tools for doing the latter: real-time travel data, GIS-based accessibility analysis, and modern decision frameworks that better reflect community values and goals. When using modeled forecasts, meanwhile, we can be more open about the assumptions and the likely margins of error, which is only possible after revisiting old forecasts―something many agencies rarely do.