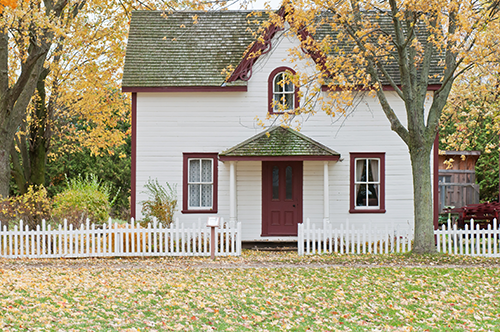 The Vermont State Senate recently unanimously passed zoning reform legislation that would support denser “missing middle” housing like duplexes and accessory dwelling units (ADUs) in Vermont’s small cities and historic village centers. If it moves forward, the bill would ban zoning laws that set minimum lot sizes greater than an eighth of an acre (5,400 square feet) where water and sewer service is available. It would also allow 2-unit dwellings on those lots, loosen restrictions on ADUs, and allow quadruplexes in places where zoning laws currently allow duplexes. For parking, spaces leased separately from residences within a half-mile of a transit stop will count as two toward meeting minimum parking requirements.

Vermont is the latest in a series of states to consider or pass similar zoning reform legislation on a statewide level in the face of rising housing costs in urban areas. These reforms don’t mandate density, but they remove some of the requirements that artificially prevent denser housing. They also help manage automobile driving demand. Large minimum lot size requirements and regulations that prohibit mid-density housing drive sprawl. The result is longer car trips, more congestion, and more funds spent widening roads to accommodate the additional traffic. Traditional zoning also produces housing scarcity in desirable areas, pushing up costs and contributing to displacement.

A number of cities have pursued similar reforms at the local level; for example, Minneapolis has moved to eliminate single-family zoning that prohibits denser development. A recent study analyzed the causes and impacts of zoning reforms from another surprising leader, Houston, two decades ago. In 1998, Houston reduced the minimum lot size for single-family homes by 72 percent within the city’s I-610 loop, from 5,000 square feet to 1,400 square feet. The study authors argue that the impacts of Houston’s reform were substantial, with many neighborhoods in Western Houston seeing a complete transformation in the two decades since.

The authors also argue that having an “opt out” option played a role in Houston’s early success with reform. Houston is unique in that the city lacks formal zoning, but regulates aspects of land development, like setbacks and parking, in other ways. Blocks and areas can choose to opt out of requirements, but the city still manages development by enforcing private deed restrictions. Having that opt-out option likely reduced pushback from the most extreme opponents of Houston’s reform, paving the way for early adopters of smaller lots to move forward and others to follow over time. While Houston’s circumstances are unique, the authors suggest similar compromises might help zoning reform move forward in other places when local politics and a strong vocal minority would otherwise block the change.