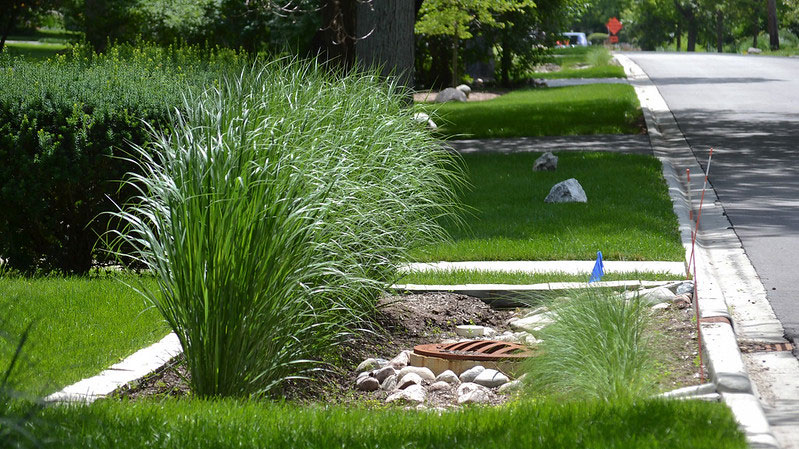 A new National Institute for Transportation and Communities study, conducted by researchers at The University of Arizona, examines the mitigating effects of Green Infrastructure (GI) on flooding risks to the transportation network of Tucson, Arizona, especially in underserved or low-income neighborhoods.

This project aimed to assess the impact of Green Infrastructure (GI) installations on the multi-modal transportation system (vehicle, bicycle, and pedestrian access to bus stops) to support a systematic prioritization of these GI projects in the right-of-way toward increased transportation network accessibility and expanded equity.

Climate change continues to exacerbate flooding across the country. In 2016 the death rate from flooding was the highest for any natural disaster and accounted for half of all property damage. Eighty percent of flooding deaths are transportation related, says the report.

The center of Tucson does not have storm sewers; the roads were designed to channel flood waters into washes, many of which have since been developed. The city and county are prioritizing the installation of GI to ameliorate flooding. This report is designed to help systematize that prioritization.

The researchers modeled 9-inch deep basins—the maximum depth allowed by Pima County code due to mosquito concerns—along rights-of-way in thirty study areas. The study sites (ten per mode) were identified by overlaying high-traffic locations with areas expected to be most flooded, based on a regional flood assessment. Twenty-eight of the thirty research priority areas were in areas with household incomes below the Tucson median, with a significant percentage in areas of poverty.

The research looked at peak flooding events and transportation modes individually: driving, bicycling, and walking to transit. The authors list five design recommendations brought to light by the modeling:

According to the models, implementing GI mitigations in areas affected by extreme flooding did not reduce flooding below acceptable thresholds. The researchers recommend deploying GI in areas experiencing moderate flooding for the biggest impact. Larger interventions may be necessary in areas prone to extreme flooding.

Most sites in the study showed some improvement but did not meet the post-mitigation model goals of less than one foot of flood water for roads, or less than three inches of flood water for cycling or pedestrian sites. This may be due to the sites having been modeled for peak flood conditions, suggesting that modeling floods over time might reveal more beneficial outcomes at off-peak times, according to the authors. The authors also point to other benefits of GI such as increasing shade, reducing heat islands, and reducing the amount of non-point pollution.