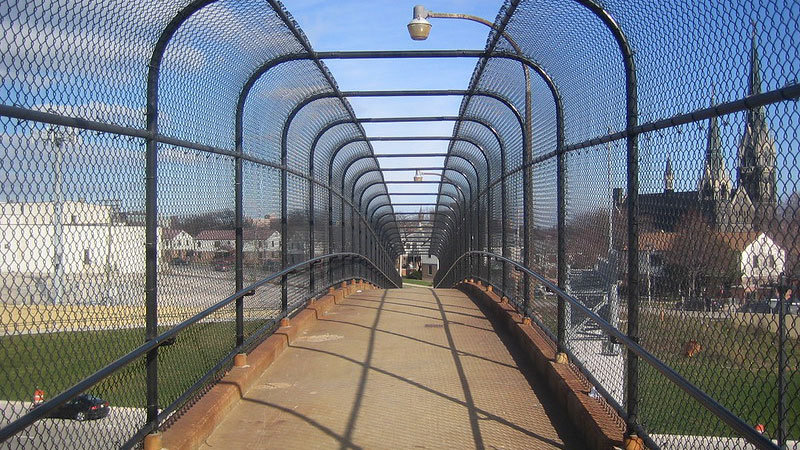 Complete streets, according to the National Complete Streets Coalition, “are designed and operated to enable safe access for all users, including pedestrians, bicyclists, motorists and transit riders of all ages and abilities.” Retrofitting highways with expensive infrastructure like pedestrian bridges, however, could just be perpetuating underlying safety issues.

This new insight comes from a recent study in the Journal of Road Safety. It used crash data from 2012 to 2016 in Bogotá, Colombia, to understand how infrastructure affects safety, and found that serious crashes are actually more common near pedestrian bridges. The researchers say this could have to do with higher vehicle speeds in those places. But they also interviewed people at seven of the sites and found that many of them avoid the bridges because they are too indirect or feel unsafe. The authors explain:

Another recent Vietnamese study reached a similar conclusion. Even when there is no legal at-grade crossing, it found as many as 64 percent of people will cross in the street to avoid long or inconvenient bridges.

Joe Cortright, who writes for City Observatory, recently argued that pedestrian bridges, which often cost millions of dollars, are actually better for moving traffic than making streets more complete. “Much of what purports to be pedestrian infrastructure is really car infrastructure,” he explains, “and is only necessary in a world that’s dominated by car travel, in places that are laid out to privilege cars.” He points to solutions like raised crosswalks and compact development patterns, which make pedestrians feel more comfortable and make cars move slower.

That does not mean larger investments like pedestrian bridges don’t provide critical access for those who need it. But both studies suggest they may be more of a bandaid than a reliable path to safer roads. And while more systemic safety reforms will take time, there is an immediate opportunity to prevent the current problem from getting worse. While the recent surge in pedestrian deaths is complicated by factors like larger vehicles, the 40-year trend points to faster, wider roads as a key issue. Building more of these kinds of roads in urbanized areas ultimately makes the challenge more difficult and expensive to address moving forward.