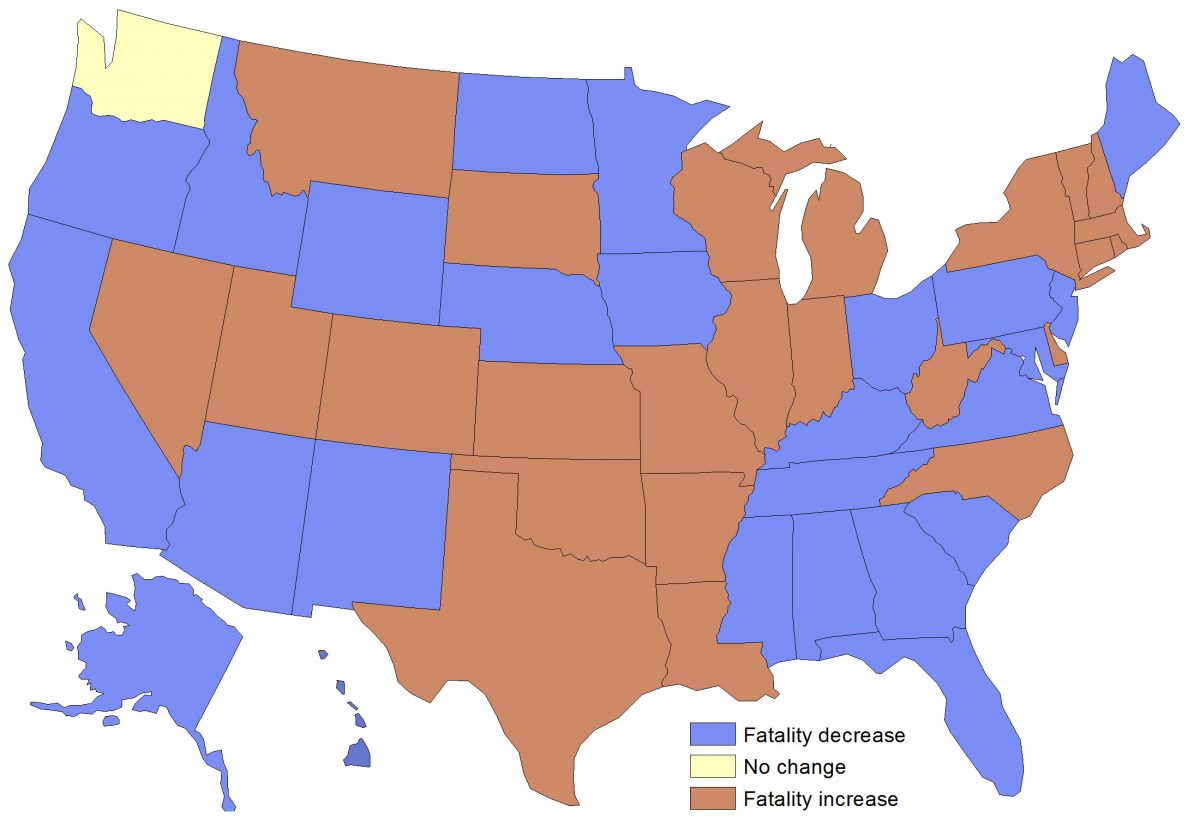 We reported recently on a study showing a concerning increase in traffic fatalities during the COVID-19 related VMT slowdown. Another report was just released by the National Safety Council (NSC) showing similar findings. This study differs from the other in that it collects preliminary data from agencies in all fifty states. The NSC considers this data preliminary because it tends to be amended upward as fatalities are confirmed over time. From the report:

These estimates, however, are not comparable to National Highway Traffic Safety Administration counts—which are limited to fatalities occurring within thirty days of a crash—because they include fatalities that occur within one year.

Some evidence is emerging that other outcomes might be possible. A new paper from Spain indicates that, under somewhat different circumstances than the U.S., a decrease in mobility led to fewer crashes on the roads.

In Tarragona, Spain, during late March and the month of April, mobility decreased by more than 60 percent from pre-lockdown levels, while crashes dropped by nearly 75 percent (Figure 2).

During the early months of the pandemic, Spain instituted a nationwide state of alarm that virtually locked non-essential workers and families into their homes, while the U.S. did not. There are, of course, many other cultural, geographical, and road design differences between the U.S. and Spain that could contribute to these diverging trends.