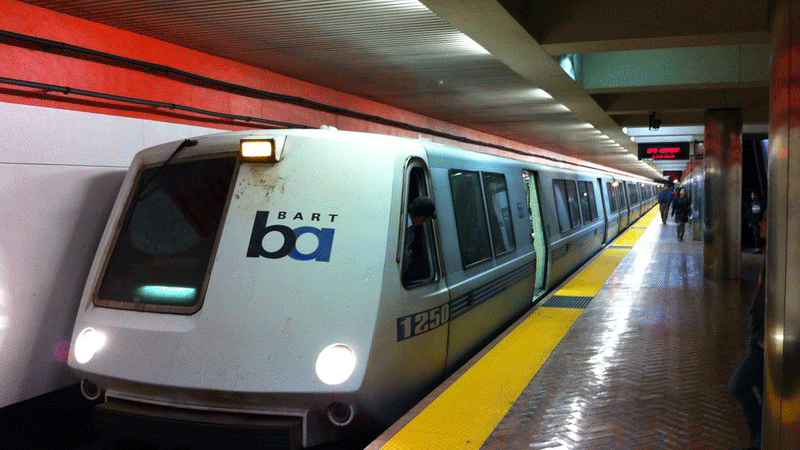 Transit agencies’ enforcement practices have come under more scrutiny in light of protests this summer. Advocates are asking whether intervention by armed police is appropriate in all instances, or if other interventions could reduce both criminal behavior and violence against Black and brown transit users. Off the Rails, a master’s thesis by Ma’ayan Dembo that was featured on a recent NACTO webinar, offers a qualitative evaluation of several alternative programs for their efficacy in promoting a more civil transit environment.

The author interviewed five individuals involved with security programs at transit agencies. The alternative programs in question tend not to have performance outcome data available that is comparable to what traditional law enforcement may have.

Transit ambassadors, employed by San Francisco’s MUNI or the Bay Area’s BART systems, are unarmed but trained in de-escalation and have neighborhood knowledge. No outcome data is available, but they are often requested by operators and well-liked by the community, says the author.

Similarly, unarmed elevator attendants, working in the BART system and the New York MTA, promote a safer, cleaner, friendlier environment. Some riders find their presence essential, and report that they “improve rider satisfaction and cultivate community.”

Outreach by social workers has been found to reduce the impact of homelessness on LA’s Metro transit system. During a 3-month period in 2019, social workers contracted by LA Metro had one-tenth the number of interactions compared to those of police teams, but referred 48 percent of their contacts to services, as opposed to the 28 percent referred by police.

Thinking creatively may have advantages as well. The author cites examples from Colombia and Mexico where performance artists have successfully engaged in non-confrontational educational campaigns.

On background, the author cites research indicating that typical police interventions tend not to reduce crime, but that crime reduction can be observed by providing opportunities, education, and mental and physical health investment to low-income communities of color.

Half of LA Metro’s annual 100 million passenger ridership is low-income, and about 85 percent are people of color, cites the author. But the system is policed according to the preferences of white riders—for whom perceived safety increases with armed police presence. Results from focus groups polling the core ridership demographic—who are also very concerned about safety—find that “armed transit security or sheriffs actually make them feel less safe” due to the aggressive or discriminatory practices of these officers, says the author. Additionally, 50 percent of citations issued by one LA law enforcement agency, and 60 percent of arrests by another in 2016, were of Black people; while just 19 percent of rail riders during that period were Black.

The author finds the “challenge to making public transit safe and civil while reducing the harms of armed policing” is “more a matter of budgeting and leadership, rather than creativity and inspiration.”