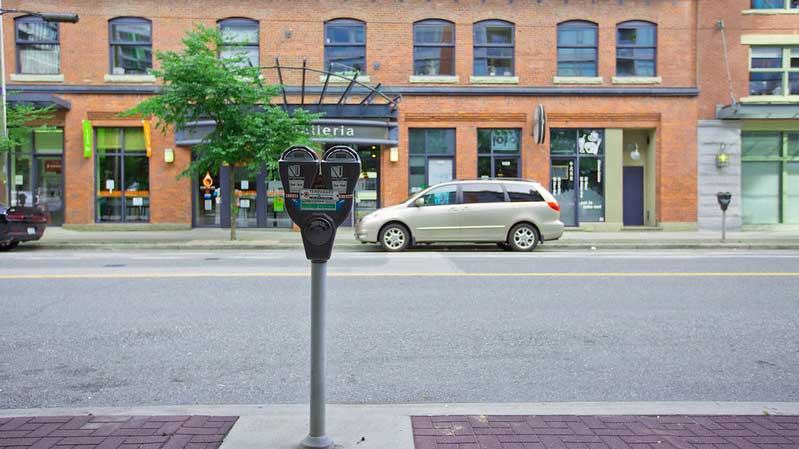 Studies going back decades suggest as many as 30% of drivers in busy urban settings are cruising for a parking space. That has rightly led a number cities to start charging strategically for parking to help free up spaces. A new study, however, clarifies that number, showing just how concentrated cruising can be.

Unlike past studies, which were often based on quick surveys of drivers in congested downtowns, this newest study uses more than 100,000 GPS traces in San Francisco and Ann Arbor. Only a handful of traces had survey data attached, so the researchers settled on a set of rules to define cruising. This generally included any deviation from the most direct path once drivers got within a quarter mile of their final stopping point, but with some exceptions.

The analysis revealed only 5-6% of all trips deviated from the most direct path by more than 200 meters (0.12 miles) and only around 2% passed the same block twice. This translates to less than 1% of traffic cruising at any given time.

This offers a useful high-level perspective, but the reality on the ground is more complicated. For one thing, cruising only becomes an issue during busy periods and in certain areas (as shown below). In those cases, according to the study, cruising takes two to three minutes on average and causes people to drive more than ⅓-mile out of their way.

Another issue that this newest study doesn’t address, but a related study does, is that when people anticipate parking will be scarce, they tend to park much farther from their destination than necessary. The added walking time can take even longer than cruising. This all suggests there’s plenty to gain from dynamic pricing and other parking management programs. San Francisco’s program, for instance, reduced parking search times by 15% on average. And the more recent “asset-lite” approach in Washington, DC, had similar outcomes, including shorter search times, fewer double-parking incidences, and a 55% drop in citations.