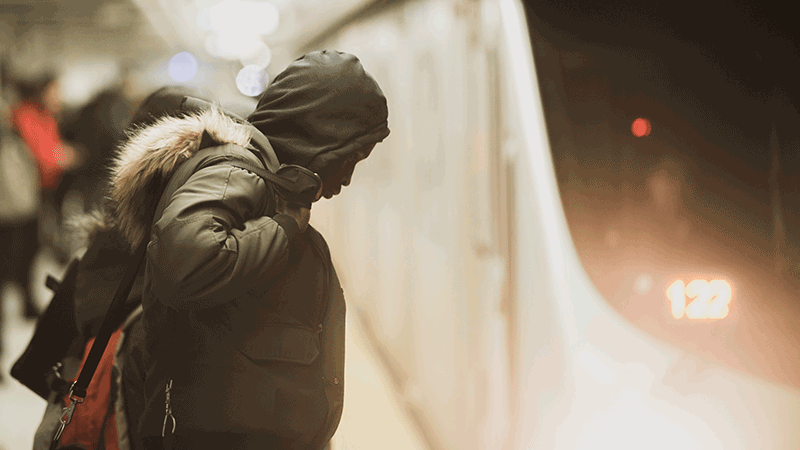 Travel has dropped and evolved during the COVID-19 pandemic (a topic covered at SSTI’s recent Community of Practice meeting), but new research shows that transit has been a critical lifeline for those still working outside their homes, even as more agencies face severe budget challenges. Many of those transit users are “essential workers” who tend to have lower incomes and are people of color.

Transit use was down by 73% overall in April, according to data from the Transit navigation app analyzed by Ohio State University researchers, but there were large differences across the country. Many cities in the Midwest and Deep South saw smaller decreases than average. Those cities had two important characteristics, according to the researchers: lower numbers of people in “non-physical occupations,” based on census data, and larger African American populations.

“The results confirm the hypothesis that greater decreases in transit demand are associated with a higher percentage of people with non-physical occupations,” explain the authors. “People who can work at home avoid public transit; people who cannot work at home and rely on public transit continue to use it.” These also tend to be places with lower median incomes and larger Hispanic populations, according to the study, which notes that use of the Transit app dropped less among Spanish speakers than English speakers.

The study also found that transit use, like driving, dropped much more during the traditional peak periods than at other times of the day. “Many of these essential workers don’t have traditional 9 to 5 schedules. Their work needs to get done at all hours, seven days a week,” explained the authors in a press release.

The City of Los Angeles saw a similar pattern in transit use. A survey revealed most riders during the pandemic do not have cars (85%) and travel mainly for work (72%). Half earn less than $20,000 per year.

These findings reflect a larger issue among low-income workers deemed “essential” during the pandemic. Across the country, low-income workers were much more likely to continue commuting during stay-at-home orders, according to another national study. In fact, visits to transit stations among low-income individuals seem to have actually increased during the pandemic, as warehouse and distribution workers helped meet the surge in demand for delivery services.

The Ohio State study notes another important trend, which is an increase in the share of women—especially Black women—using transit during the pandemic. Whereas Transit app users are usually split evenly between men and women, only 40% of users during the pandemic reported being male, compared to 56% for females. Among Black users, around 70% were female.