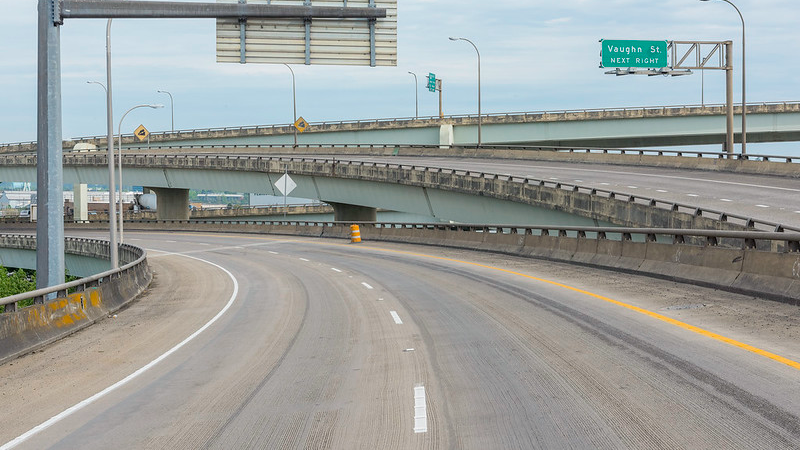 One silver lining from the terrible pandemic that altered our lives for most of 2020 was an estimated 10.3% reduction in greenhouse gas emissions from the previous year, according to a new report from Rhodium Group. Amid talk of electric and fuel efficient vehicles, one change proved fast and effective at cutting emissions: traveling less.

Due partly to rising vehicle miles traveled (VMT), larger vehicles, and vast dependence on fossil fuels, the transportation sector makes up a large and growing share of U.S. emissions (close to 30%). According to the new report, however, transportation saw the largest drop in 2020 at 14.7% or 273 million metric tons of CO2. A lot of this was air travel, but VMT and gasoline use were both down by around 15%.

Of course, this remarkable shift also involved a lot of turmoil and economic disruption that hopefully won’t continue much longer. But some travel is expected to wane even after the pandemic, which points to a clear opportunity for meeting tough climate goals. At its lowest point in April, VMT dropped an unprecedented 40% from 2019, but later in the year it leveled off at around 10% below. Sustaining something similar over the long run—as one report predicted—could help the U.S. stay within a reasonable ”travel budget” that makes widespread vehicle electrification more feasible and impactful.

But in thinking about the kinds of policies and investments to help make this happen, it is important not to rely too heavily on telecommuting—a major driver of the current trend—since several studies suggest it could actually lead to increased driving. Instead, moving certain activities to a virtual model presents new opportunities to leverage transportation demand management strategies that range from transportation policies and projects to land use regulations aimed at letting people make fewer and shorter car trips.