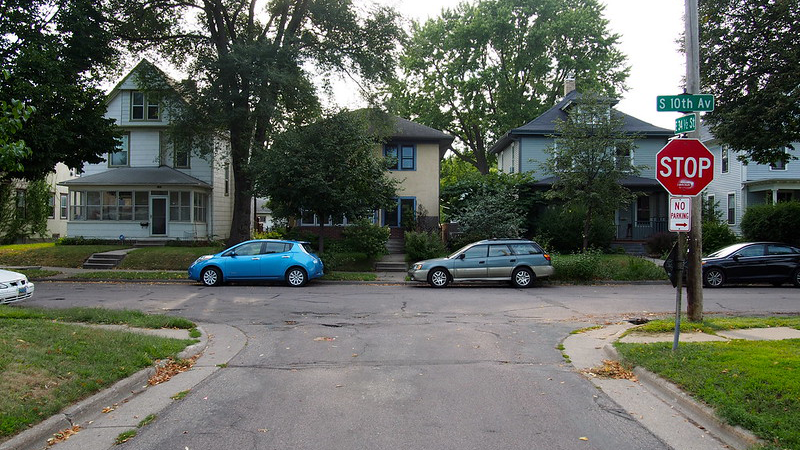 A 14-year study from the University of Minnesota demonstrates that painted stop bars at intersections have little effectiveness in reducing collisions or influencing motorist stopping position. With this evidence, regions that receive heavy snowfall during the winter months and where road maintenance costs are high may consider not painting stop lines in order to save on annual maintenance costs.

Stop lines are thought to aid with drivers’ depth perception when approaching intersections and to prevent drivers from pulling too far into an intersection. There has been little research on the efficacy of stop lines, and according to researchers, “its benefits are assumed, not proven,” in a quote provided by Route Fifty. The study analyzes crash data and video from 16 suburban Minnesota intersections with and without painted stop lines and found no association between line presence and crash occurrences.

At intersections where collisions did occur, data revealed that stop lines only occasionally decreased the likelihood of these crashes. Other factors, like a painted crosswalk, can be used as an aid for driver stopping position and can reduce the amount of repainting required after each winter of plowing, harsh weather, and intensive road use.

Stop lines do serve a significant purpose at “blind” intersections and intersections where reducing speed due to“rolling” stops is necessary. Lines can prevent drivers from creeping too far into a blind intersection before analyzing traffic conditions or assessing pedestrian movement.