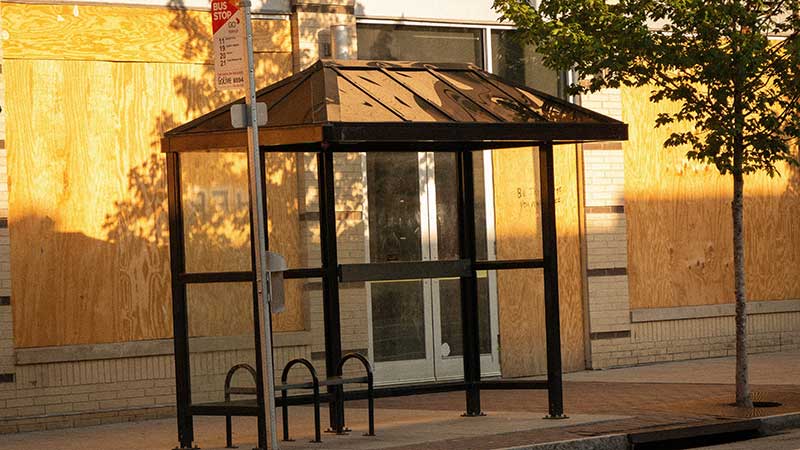 What effect can compact, centralized, walkable urban forms have on the social and economic well-being of a community? Can urban forms influence the social capital, generational prosperity, and economic mobility of a community, especially for those who have been historically isolated from these benefits? New research published in the Journal of Planning and Research finds some correlation between the number of bus stops and brownfields—as indicators of urban form—and economic mobility in Forsyth County, NC.

Forsyth County and the City of Winston-Salem—the state’s fifth largest municipality, with several high-revenue companies and institutions of higher education—can be seen as prosperous by some measures. At the same time, “the county is ranked fifth on the list of counties where the American dream is dead,” and “has witnessed a 70 percent increase in the percentage of low-income residents living in areas of concentrated poverty since the early 2000s,” say the authors.

The rise of manufacturing spurred urban development in Forsyth County toward the end of the nineteenth century. Suburbanization, economic transition, and discriminatory policy systematically harmed the Black population after WWII by reducing access to jobs outside of the city center. A literature review by the authors confirms that “sprawling development is associated with higher levels of racial segregation,” and that “racial segregation is one of the strongest correlates to economic mobility.”

The movement of jobs to the suburbs left those who were non-white, lower income, and less likely to own automobiles behind economically, unless they were well-served by public transportation. Better access to public transportation, here represented by the number of bus stops per census tract, makes it more likely that a person can rise economically from the bottom 25 percent of the national income distribution to the top 20 percent.

The study also examined the share of non-white residents in census tracts, finding that:

“…as the percentage of minority population in a census tract increases, economic mobility tends to decrease. This finding is not unexpected due to the relationship between wealth inequality and race/ethnicity in the United States. Though a larger percentage of minority residents live in older, more compact urban neighborhoods, which is often associated with higher levels of economic mobility, the persistence of economic inequality and segregation in the United States offsets the influence of urban form.”

While acknowledging that racial segregation affects economic mobility much more than urban form, the authors point to a number of policy recommendations that might mitigate some of the inequities documented in this study. They see a need to limit low-density, car-dependent sprawl. A focus on the redevelopment of brownfields, and the revitalization of urban areas that were once more dense but have been in decline, can be beneficial. To reduce the risk of gentrification they recommend building mixed- and low-income housing, and exploring shared ownership via community trusts. Finally, low-income residents could be better connected to jobs and the economy by adding bus stops and extending routes into their neighborhoods.