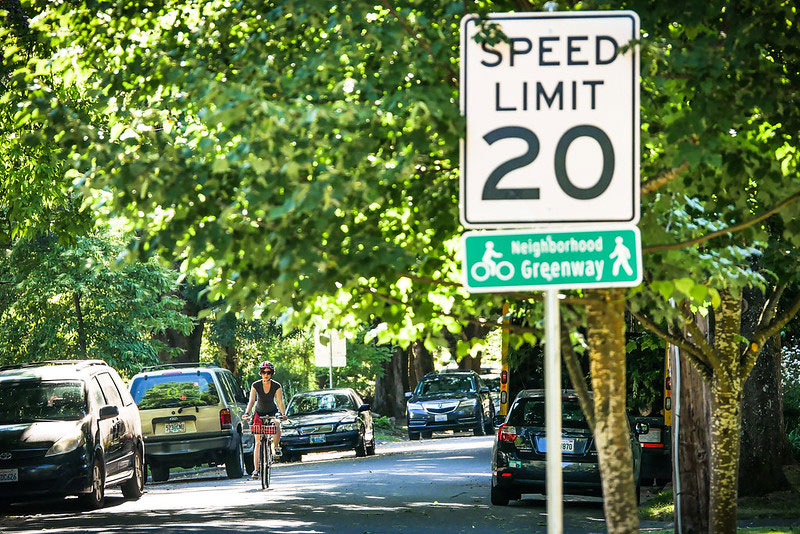 A forthcoming study in the Journal of Urban Studies demonstrates strong evidence that even after controlling for self-selection, an individual’s transportation choices are directly affected by the quality of the built environment and transportation accessibility around them. Along with finding a strong inverse correlation between transit access and frequency of driving, the study finds an even stronger relationship between parking supply and car ownership.

As opposed to previous studies in this domain, this paper overcomes likely barriers of selection bias by analyzing the transportation preferences of winners of San Francisco’s residential housing lotteries, who, according to the study, are “as-good-as randomly assigned into living in particular residential locations”.

Using accessibility data from CNT’s AllTransit performance score and Walkscore, the study finds that greater transit and active transportation accessibility reduces the propensity for owning and driving a car, and increases the likelihood of taking transit, walking, and biking. Researchers surveyed 2,654 households and collected parking and occupancy data for all locations. The study finds that household car ownership rates increase by more than 40 percent in buildings with at least one parking space per unit, compared to buildings with no on-site parking. This correlation between parking supply and car ownership supports the argument for the elimination of parking minimums within city codes, a policy adopted in parts of cities such as Seattle.

According to the study, while improvements in transit infrastructure are needed, they are a long-term solution as they require time and large amounts of public funding. Changes in parking ratios and zoning reforms, however, require only regulatory actions and can happen in a considerably less time. Along with reducing car ownership, these have other benefits like reducing housing costs and opening up space for other amenities.

“Where streets are relatively walkable and transit service is frequent, parking emerges as the key factor shaping household travel behavior—and parking is a factor that is highly amenable to low-cost policy reforms that can rapidly provide benefits.”

SSTI’s Modernizing Mitigation highlights similar key measures that can be undertaken to reduce car ownership and VMT through land use strategies. In a more recent publication, SSTI has summarized its learnings around measuring accessibility and its implications in decision making. Practitioners and decision makers not only can refer to this document to find answers regarding sources of data and types of tools, but can also find guidance to apply accessibility metrics to decisions, such as transportation project selection and land use suitability analysis.