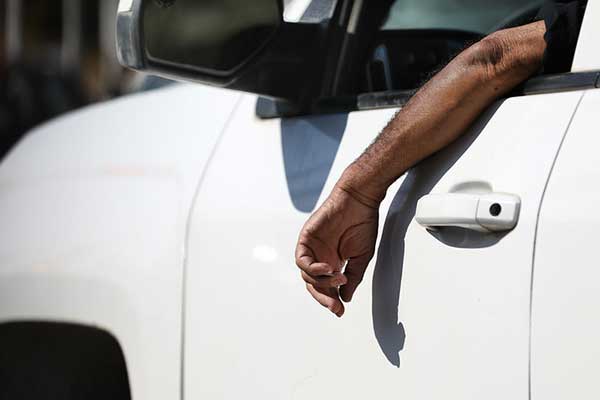 When drivers show a repeated pattern of dangerous driving—driving recklessly or under the influence—revoking their license is sometimes the best way to keep the roads safe. But license suspensions are often issued for relatively minor offenses, like not paying fines. As writer and transportation consultant Angie Schmitt recently wrote on Twitter: “One of the biggest injustices […] in the transportation sphere is that we take away people’s licenses quite frequently for being poor.”

She points to coverage in Wisconsin, where more than half of license suspensions are for failure to pay a fine. For many folks, a suspended license means not being able to get to work or shuttle kids around. But many others continue driving, according to the story, accumulating additional fines that amounted to more than $1 million in 2017. Recent studies show a similar pattern in other states.

A study in New Jersey found that more than 90% of suspensions are for non-driving-related offenses—usually failure to pay a fine. And while many of those fines are for things like speeding, the resulting suspensions affect nearly 390,000 drivers (5%) across the state. Moreover, they are seven times more likely in low-income neighborhoods and five times more likely among Black or Latinx residents.

The number of suspensions in North Carolina is even higher. More than one million drivers have license suspensions for failure to pay a fine or appear in court. Like in New Jersey, that’s almost 90% of all suspensions, but it’s also nearly one in seven drivers. Of those, 57% are Black or Latinx, despite making up less than 30% of the driving population.

The solutions, according to researchers and advocates, tend to involve offering more leniency and making it easier to pay fines or appear in court. In New Jersey, however, the researchers also found that nearly half of individuals with non-driving-related suspensions live in “car dependent” areas, according to Walk Score. So, as long as license suspensions are issued so freely, and sometimes for good reason, transportation professionals and policymakers are also responsible for ensuring that those affected are not left stranded and unable to support themselves.