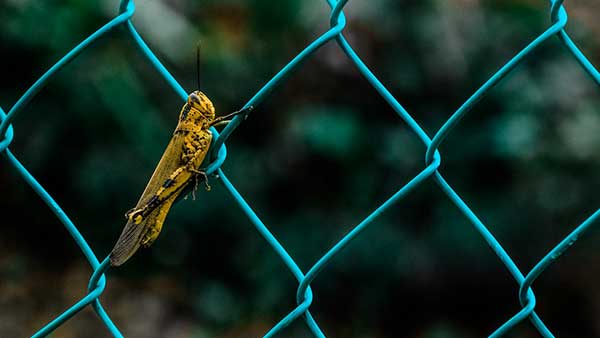 We wrote in 2019 about an Ohio University study showing that none of the Eastern Box Turtles living near a recently-constructed bypass in the state endeavored to cross the road over a two-year period (including via a culvert)—a finding with potentially serious implications, since that restriction in territory could have lasting impacts on gene flow and viability of turtle populations. New research suggests turtles aren’t the only members of the animal kingdom facing a potential genetic threat from human transportation patterns. The study, carried out at Anglia Ruskin University and published in the journal Behavioral Ecology, finds traffic noise and other human-made sounds significantly disrupt the mating behavior of crickets.

The researchers found that female crickets behaved normally in the ambient noise group, responding more quickly and frequently to the high-quality courtship song than to the low-quality song or no song. However, for crickets in the traffic noise and artificial white noise groups, the quality of the mating song had no impact at all on females’ mating time and frequency. This finding suggests that traffic noise alters how females perceive males when making mating decisions, preventing them from choosing the healthiest males. Since traffic noise and cricket courtship songs do not share frequencies, the research team concluded the traffic noise likely distracts female crickets, rather than masking the courtship song.

As with Eastern Box Turtles, these findings could have potentially serious implications for crickets. Co-author Dr. Sophie Mowles, Senior Lecturer in Animal and Environmental Biology, notes, “[a]s mate choice is a powerful driving force for evolution through sexual selection, disruptions may cause a decline in population viability.”