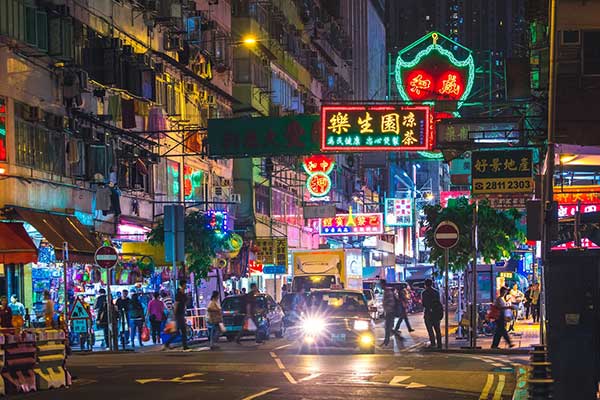 It makes sense to use the best available tools to evaluate expensive and long-lasting passenger rail transit expansions, given that they can also drive efficient land use development. A recent study by researchers at the Hong Kong Polytechnic University uses a route diversity index to measure resilience and accessibility on a fine scale for planned Mass Transit Railway expansions. The authors conclude that such metrics “could assist in cost-effective resource allocation and informed decision-making for the prioritization of future railway investments.”

Route diversity measures the number of reasonable routes a passenger might travel to get from their origin to their destination. When used in concert with travel time and vulnerability analyses, it can paint a rich picture of the spatial equity and resilience of a transit network. Vulnerability analysis identifies the most critical network elements where disruptions would impact travel the most. The route diversity measure captures the interconnectedness of the overall system in a way that simply looking at the paths with the shortest travel time does not.

According to this research, changes to Hong Kong’s Mass Transit Railway planned for the next ten years may have unevenly distributed benefits. The changes are expected to shorten some trips and to increase route diversity, but some centrally located lines are expected to concentrate improvements in the main urban area. The routes planned to radiate from the inner to the outer city are expected to reduce travel time significantly, but contribute only minimally to the number of alternate routes between stations on these radii. By comparison, more circumferential lines may both reduce travel times and increase route diversity by connecting radial segments, but these benefits may not extend throughout the system.

Looking at clusters of origin-destination pairs illustrates this uneven distribution. Figure 1 shows the addition of the radial SCL line greatly benefiting central Kowloon, and distributing some benefit to much of the system (shown on the right side of the figure.) The more circumferential NIL line adds substantial benefit to a number of nearby stations. From a resilience perspective the authors say that “the overall results indicate that the radial segments crucially serve as the backbone of the network but are vulnerable to disruption due to poor route redundancy.” Additionally, some stations that don’t have high centrality—when looking exclusively at travel time—become more important as transfer stations that increase the number of reasonable routes between origins and destinations.

A transit system is vulnerable to disruption when alternate routes are sparse. And, as the authors suggest, if “new lines cannot be fully utilized as an alternative travel route by passengers affected by disturbances, this implies that the value of resilience of some new lines is negative for some scenarios.” In pursuit of spatial equity one goal might be to target vulnerable stations for resilience improvements, and distribute negative changes to stations that are less vulnerable.

While this work goes a long way toward addressing spatial equity, future work incorporating a social equity component could result in even more powerful metrics.