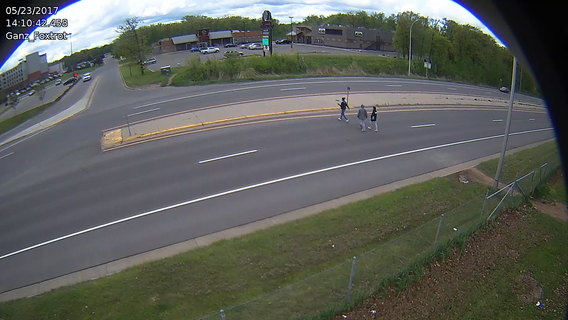 The Minnesota DOT recently installed a new HAWK (high-intensity activated crosswalk) signal near the Grand Casino Mille Lacs. The improved crossing provides safer access between schools, government buildings, and homes on the east side of the highway and the casino, Grand Market, and neighborhoods on the west side. This project demonstrates new ways of prioritizing safety improvements.

The Mille Lacs location is one of 10 crossing sites studied by university researchers over several months in 2017 through a program to improve pedestrian safety on reservations. The Mille Lacs site had 136 crossings per day on average—more than any other location studied—and more than half of those crossings involved some interaction with vehicles, meaning the pedestrians or drivers slowed down, sped up, or stopped and waited. Data collected also showed that 98 percent of people crossing in the vicinity used that location by reaching the road through a gap in an adjacent fence, rather than crossing at a less convenient controlled intersection nearby.

The project is noteworthy partially for its emphasis on equity and addressing disparities with limited funding rather than exclusively relying on traditional warrants to determine where to install safety improvements. While this site had a proportionally large volume of people crossing compared to other locations studied on the reservations, the volumes are much lower than more urban locations. As the research team notes, when agencies use counts as the sole factor to prioritize pedestrian infrastructure, crossings in rural and tribal areas rarely get built, but that doesn’t mean those areas don’t face significant safety issues.

The study also involved continuous collaboration with tribal partners. Tribal transportation managers from the four reservations identified the priority sites, and MnDOT and county engineers worked directly with tribal staff and university researchers to review the results and identify potential countermeasures for each location. Mille Lacs Band staff suggested installing a HAWK at their location after seeing HAWK signals in action elsewhere.