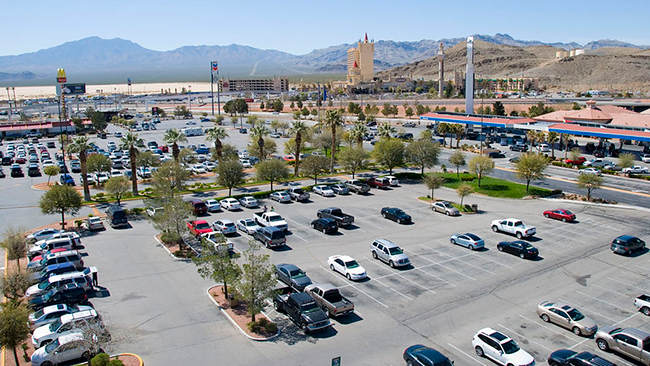 After eliminating its minimum parking requirements in 2017, the city of Buffalo, New York, has seen a notable drop in how much parking gets built, but developers are far from abandoning parking altogether. In fact, the overall decrease was driven almost entirely by mixed-use developments, whereas many single-use projects exceeded the old requirements. In other words, developers of less car-oriented projects are embracing the change, but “the sky is not falling,” as one City staff member explains.

These findings are in a recent study from the University at Buffalo, published in the Journal of the American Planning Association. It looked at 36 developments that were approved in the first two years after Buffalo adopted a new form-based code that nixed parking requirements. Of those projects, only 14 (39%) were mixed-use, but they accounted for about two-thirds of the new residential units and a little more than half of the non-residential square footage. On average, they provided 53% less parking than what would have been required under the old code, amounting to 813 fewer spaces. Four of the mixed-use projects had no parking at all (for a total of six projects) and one project that exceeded the old requirements shares its parking with another nearby development.

Single-use projects, however, tell a different story. Residential projects (39% of the total) offered 17% more parking than the old code would have required; commercial projects (11%) offered 64% more; and civic uses (11%) offered more than twice as much as the old code. That means developers built 21% less parking, or 502 fewer spaces, overall.

The study’s authors suggest several reasons why some projects included so much discretionary parking, including a slowness to embrace the added flexibility of the new code and potential concerns about the financial viability of projects without abundant parking. Interestingly, the study notes that two of the projects with the largest parking supplies also include office space, which—before COVID-related concerns about crowding—had been adding parking more than other uses, according to real estate developers. This will be a trend to watch as workers begin returning to their offices and employers rethink their office policies.