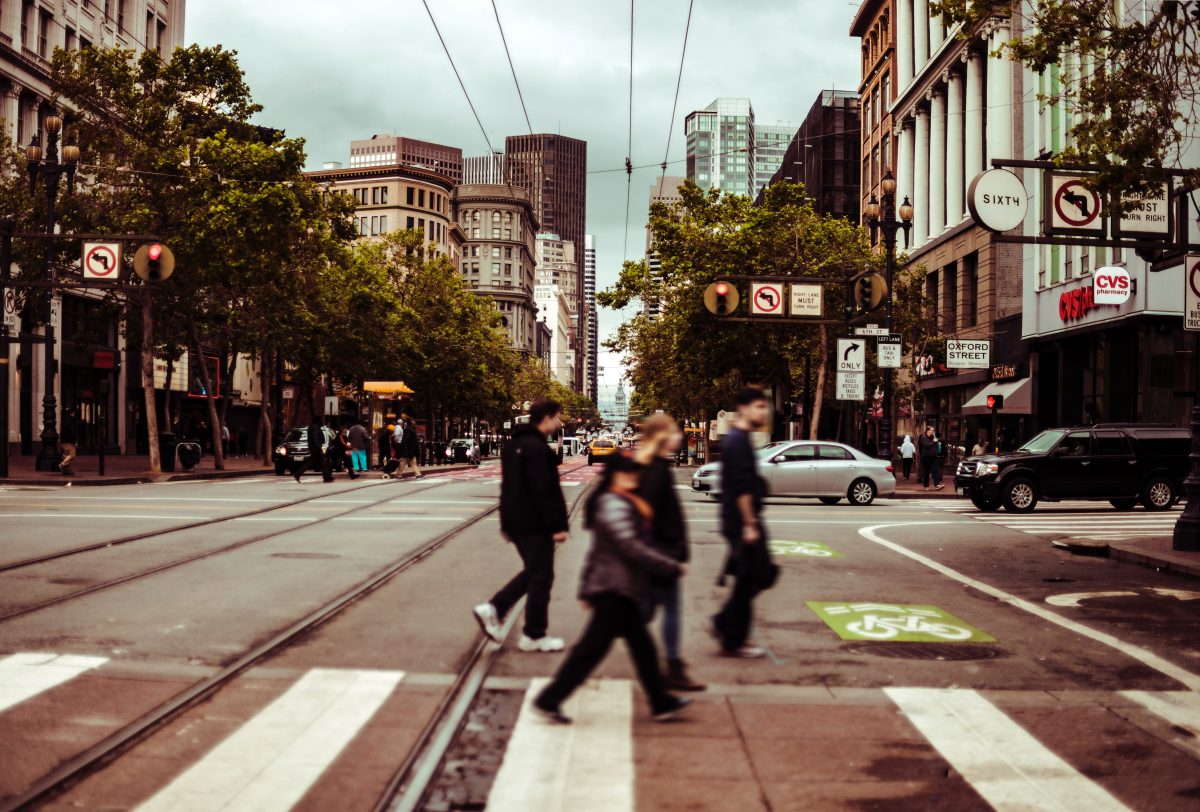 Traditional modeling has focused almost exclusively on motor vehicle movements and traffic impacts. While there has been growing interest in modeling pedestrian behavior and knowing where pedestrian improvements are most needed, a lack of data has made this difficult. Changing technology, however, is making the required data more widely available, and two recent studies point to novel analytical approaches to pedestrian activity.

Andres Sevtsuk’s model, detailed in the Journal of the American Planning Association, distributes trips using a detour ratio to allow walkers to travel along any plausible path, even adding a little distance to their trips in order to avoid impediments. The origins in this model can be weighted to allow more trips from buildings where more people live, and destinations can be weighted to preference shorter trips—which evidence shows that walkers prefer.

Not all walking networks are created equal, and not all users of the walking network are served in the same ways, which is the focus of a recent paper by University of Washington researchers. The ease with which someone can travel by walking or using a mobility device varies depending on the obstacles that they encounter. Crossings without ADA ramps might not be an impediment to some but might be hard barriers to others. Users of manual wheelchairs may detour around slopes, accepting higher levels of traffic stress on alternate routes, for example. Personalizing pedestrian network analysis to the characteristics of different user groups can allow planners to focus on the infrastructure needs of those groups. Network impediments can be customized to the analysis, and are not limited to distance or travel-time. For example, in addition to ADA ramps and topography, impediments could include exposure to particulates, the presence of tree cover, lack of proximity to particular amenities, and more.

Pedestrian impact assessments could help advance urban development that encourages pedestrian travel or call out the need for mitigation. If models predict pedestrian crowding, for example, sidewalks could be widened or other connecting routes developed. Pedestrian flow modeling could be used to identify projects that would make walking safer and more convenient, or areas where enhanced pedestrian facilities would direct foot traffic to commercial amenities or essential resources. Models could be used to prioritize pedestrian projects that would directly link underserved populations to more opportunities.

Walking network data still lags behind what’s available for motor vehicle routing. Entities such as OpenStreetMap and the OpenSidewalks project, along with select transportation agencies, are collecting sidewalk and crossing data, but coverage in many areas remains spotty, and crowdsourced data comes with its own verification concerns. There is a clear need for more comprehensive walking network data development. Routine measurement of pedestrian volume, or the use of location records—StreetLight, for example—would also facilitate the proper calibration of walking models.