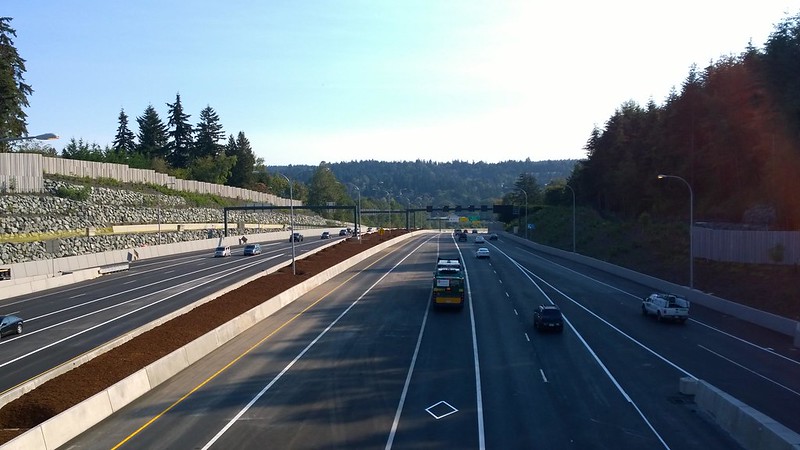 A new study by SSTI with researchers from the Civil and Environmental Engineering Department at the University of Wisconsin-Madison looks at transportation project prioritization programs at 21 agencies across the U.S. The study identifies three overarching strategies to better align investments with policy goals: 1) establishing flexible funding programs; 2) evaluating key outcomes; and 3) maximizing benefits per dollar spent. These principles may seem straightforward, but few agencies have fully embraced them when prioritizing projects for funding.

The study looks at similar past research, draws insights from staff at many of the agencies, and includes a case study of Virginia’s Smart Scale program, which is further along than many other agencies in adopting a more transparent, data-driven prioritization process.

In just the few years since Virginia’s program launched, the share of the state’s spending on transit, biking, and walking increased considerably (Figure 1), even as the total available funds dropped. The average amount requested for each project also decreased, as the proposed projects got smaller and leveraged other available sources of funding, allowing the state to fund more projects in more localities. Meanwhile, larger highway projects were awarded smaller shares of state money overall, but still received funding from available federal sources. 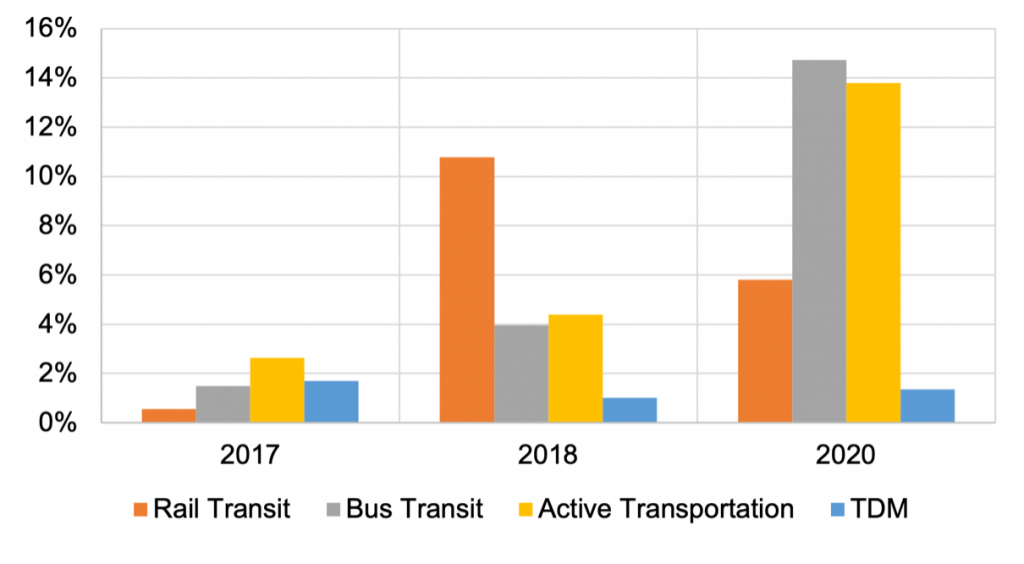 The first step an agency can take to better align its project prioritization with its policy goals is to establish a flexible funding source, instead of designating separate pots of money for highways, transit, and active transportation. Virginia’s discretionary funds are divided in two: 45% for maintenance and 55% for Smart Scale, which is open to projects ranging from major highways to local bicycle and pedestrian improvements. Similarly, Massachusetts allocates funds through three programs—reliability (47%), modernization (26%), and expansion (16%)—while North Carolina has statewide mobility (40%), regional impacts (30%), and division needs (30%). If these programs are not laid out explicitly in state law, they may require that the DOT is granted a certain level of autonomy in administering transportation funds.

Second, agencies can focus on key outcomes instead of simple inputs or outputs like traffic volumes or lane widths. For some, this could mean simplifying a long list of metrics and checkboxes into a few meaningful outcomes. In Virginia, there are just six factors represented by 14 quantitative criteria, including several accessibility metrics. Those criteria focus as much as possible on, “not measuring the size of the problem but what is the benefit the public is going to see from the project,” according to the program’s manager, Chad Tucker. Adding more criteria, according to our study, often just complicates the evaluation process and makes the results more difficult to interpret.

Finally, agencies can evaluate projects in a way that ensures they are maximizing the benefits of each dollar spent. Some agencies include a cost-benefit analysis among other criteria or at least check that projects offer some return on investment, usually in terms of travel-time savings or crash reduction. In contrast, Minnesota’s CIMS program from 2013 included a cost-benefit analysis as 60% of each project’s score and incorporated a range of social, economic, and environmental factors. Virginia’s approach, however, is simpler and arguably more straightforward. After assigning each project up to 100 points across six factors, the total points are divided by the requested funds. Projects earning the most points per dollar get funded first, until there are no funds left. This means that project applicants can improve their chances not just by earning more points, but also by lowering their overall costs or leveraging matching funds.

The study also points to certain steps that can be taken outside of the project prioritization process to improve project outcomes. These include setting clear standards that projects must meet before being considered for funding and refining design standards to get the most out of each project.