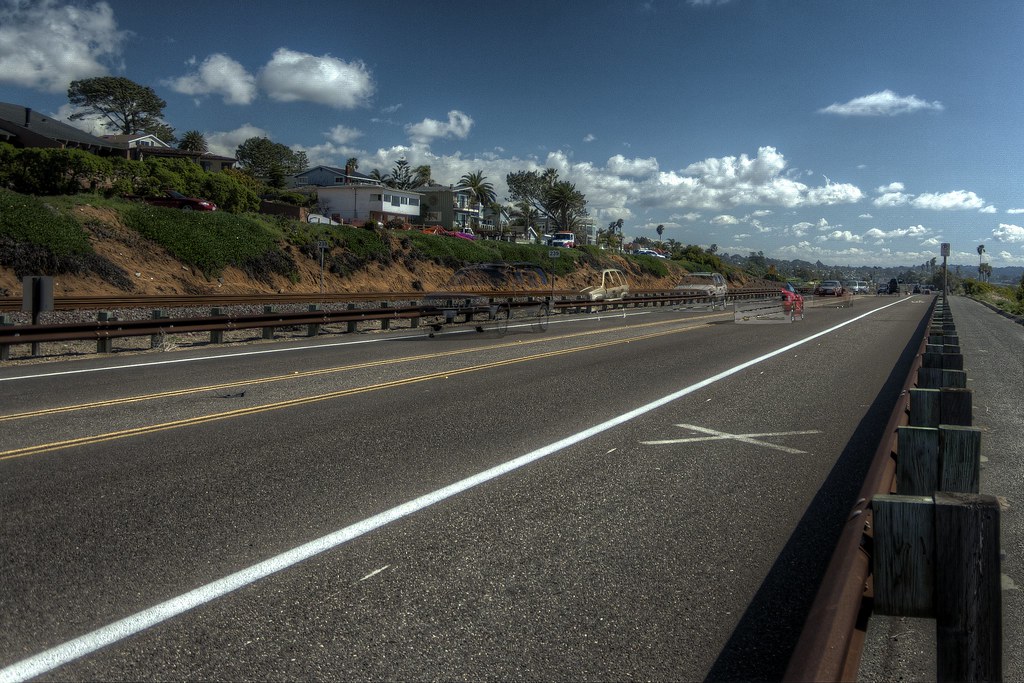 Changed travel behavior during the COVID-19 pandemic has reduced congestion and vehicle miles traveled (VMT), even while traffic deaths continue to rise. Evidence shows that open roads, speeding, and other dangerous driving behaviors go hand-in-hand. But what is it about people that leads them to speed and drive dangerously in the first place? A new paper in Accident Analysis & Prevention applies existing theories about human perception and behavior to offer some explanations.

Humans evolved to use multiple senses to perceive speed and distance traveled. But drivers have to judge their “speed, safety, and appropriateness” almost entirely by information that they can see, say the authors. Removing traffic from the road removes points of reference that drivers are accustomed to using to sense their speed and their spatial relationships to the fixed and moving objects around them. With less traffic, urban drivers may behave more as they would in a rural setting, where less demand is placed on them to monitor visual cues.

Drivers may seek an equilibrium between, for example, risk, difficulty, and challenge. With fewer cars on the road the risk of high speed may seem lower—even though it generally is not. Drivers may seek to restore this equilibrium by speeding up to increase the challenge or difficulty of driving. Once adapted to traveling faster, drivers may underestimate their speed in other circumstances, since research cited in this paper shows that they don’t spend much time looking at the speedometer.

Bored by lower traffic volume, drivers may re-engage dangerously by “changing lanes, aggressive driving, or speeding,” or by distracting themselves with phones, gadgets, or day-dreaming—behaviors that are also dangerous, but associated more with reduced speed.

With this association between open roads and driver misbehavior, the framing of congestion relief as a safety issue can be called into question. And given this information about driver behavior, it’s clear that roadway design is an important tool for the mitigation of speeding. Enforcement has its own limitations, but policies like complete streets may build in the context drivers need to inform them to slow down.

Designing roads for the lower VMT we saw in 2020 may not be a practical short-term solution. Providing travelers with options such as transit, walking, bicycling — along with wise land– use decisions — holds the potential to reduce VMT, and allow roads to be redesigned with the safety of all users as the primary concern.