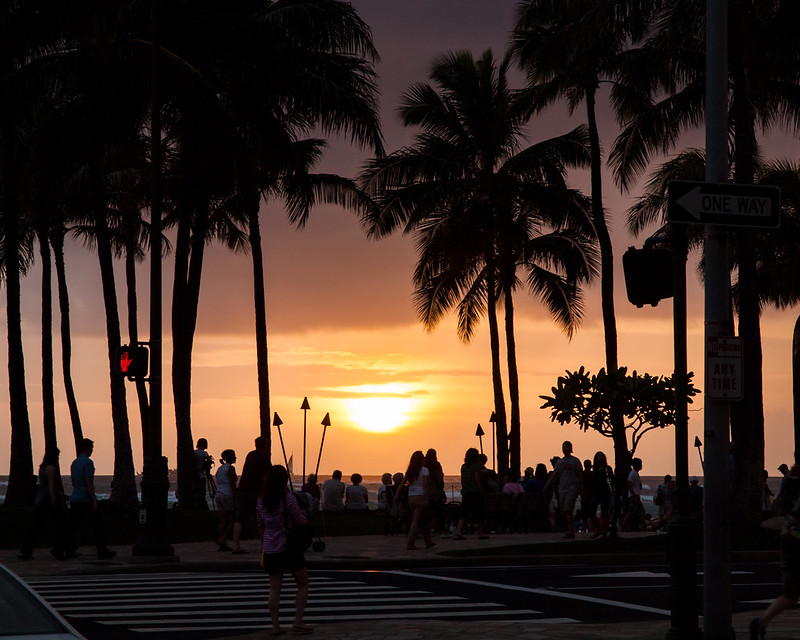 The rate of pedestrians struck and killed by motorists in the U.S. has increased by 45 percent in the last decade and the pandemic has only made it worse.  Despite many factors at play, Hawaii has gone against this trend, with pedestrian fatalities dropping from 37 in 2019 to 21 in 2020. The Hawaii DOT credits the installation of 23 raised crosswalks for the decrease in fatalities and expects to see the trend continue in 2021.

According to Ed Sniffen, the Deputy Director for Highways HDOT, raised crosswalks bring the benefit of encouraging drivers to slow down when approaching a crosswalk and heightens the awareness of being in a pedestrian space. Sniffen also notes more vigilant behavior by pedestrians when using the raised crosswalks. With its recent success, HDOT is looking to install more raised crosswalks across the state and is also considering other traffic calming measures for improving safety. Many of those strategies are outlined in its Pedestrian Toolbox.

Raised crosswalks can decrease pedestrian crashes by 45%, according to FHWA. To reduce driver and pedestrian conflict, FHWA also recommends other pedestrian safety features like crossing islands, paved shoulders, and pedestrian hybrid beacons. As noted in Smart Growth America’s Dangerous by Design, however, pedestrian deaths tend to be an issue mainly along high-speed corridors. Their report provides insight and guidance for prioritizing pedestrian safety over vehicle speed by employing roadway design elements and increasing the use of high-visibility crossing areas.