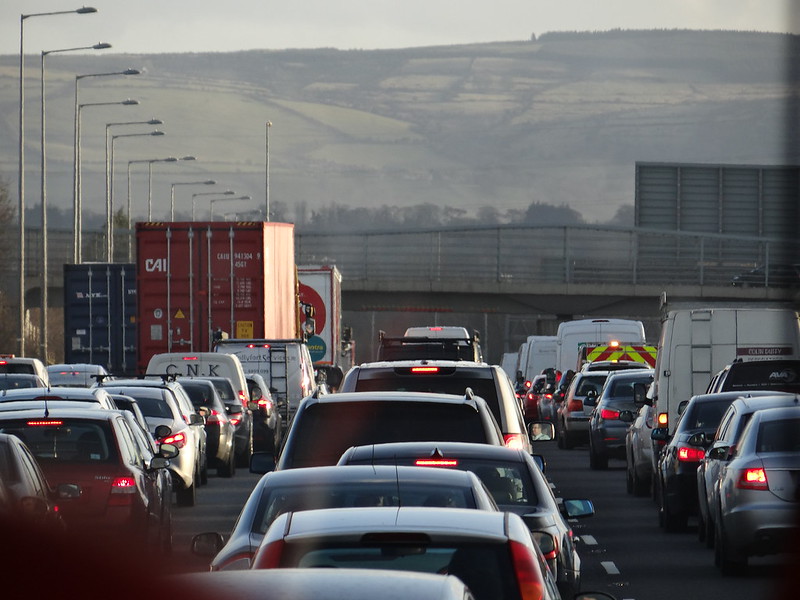 Last year saw a major shift from in-person work to teleworking, especially for white-collar workers. Although teleworking did not extend to essential workers—many of whom were seen commuting via public transit—it did lead to a brief period with no rush hours and empty roads. However, like many transportation experts predicted, traffic is coming back to its pre-pandemic rate but with a more spread-out afternoon peak, and transportation agencies should be prepared.

Instead of completely going back to a pre-pandemic work style, many companies are adjusting to hybrid work, with a few days of teleworking and a few days of staggered in-person work schedules. While the concept of a hybrid work life suggests less peak-hour travel, that hasn’t necessarily been the case. Car travel in fifteen states has already exceeded pre-pandemic levels. Although morning peaks are still diminished, cities like New York and Los Angeles are noticing an early and more spread-out evening peak suggesting more midday travel.

The nature of these midday trips isn’t fully understood yet, but experts and research suggest that white-collar workers that switch to teleworking often make midday non-work trips for shuttling kids and for running errands. The shift to telework also gives workers the geographic freedom to live in far-flung neighborhoods that often lack transit services and require more driving. The recent rise in e-commerce could also be playing a role.

It is now more critical than ever to provide good multimodal travel options for both work and non-work trips, or we could soon witness traffic congestion that is worse than before the pandemic. Transportation demand management (TDM) strategies like congestion pricing, parking reforms, and curb management, may be needed in the busiest areas. New York City is on the verge of implementing congestion pricing. Although it has been a success in many international cities, evidence suggests congestion pricing and other demand management strategies only work well when coupled with improved transit service and incentives other than non-auto travel.

Our transportation planning and investment strategies have long prioritized nine-to-five workers over off-peak and non-work travel. And transit systems catered mainly to peak-hour travel, although it was never an equitable form of service delivery. With newly emerging travel patterns, transit agencies may need to move away from the traditional peak-hour service to a more uniformly distributed all-day service. Commuter rail providers in Boston, Chicago, and Philadelphia have already begun changing their service to accommodate those with less standard work schedules. Other agencies might be forced to make similar changes just to retain riders and revenues.

While the “new normal” travel patterns are still emerging, transportation agencies could seize the moment and consider a wide range of TDM measure and implementation strategies, especially while people are still adapting to their new travel habits. That includes bolstering transit service, fostering micromobility, and improving first- and last-mile connections. But it could also include working with local land use agencies to integrate TDM measures into every major new development, as laid out in SSTI’s Modernizing Mitigation report.