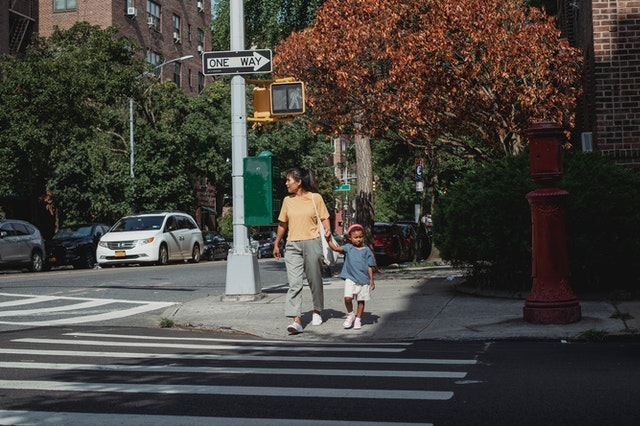 Amid drastically rising pedestrian deaths, more states are considering how changes in pedestrian laws can help tip the balance in favor of those on foot and inspire a cultural shift to make walking safer and more commonplace.

A new law that took effect in Connecticut on October 1 tightens the requirements for drivers to stop at crosswalks, and violation of the law will come with a $500 fine. Under the previous law, drivers were required to stop for anyone that had stepped off the curb or into a crosswalk. Under the new law, however, people may compel drivers to stop just by raising their hand as they approach a crosswalk or by extending their hand, cane, bicycle, or other “extension” into the crosswalk. The Connecticut Department of Transportation launched an educational campaign as the new law rolled out.

Safety advocates in the state hope the rule will inspire, “a culture change over time, where we create roads that are more friendly to everybody.”

A proposed law in California takes a somewhat different approach to inspire culture change by letting people walk wherever they wish, including midblock or against a red light, if there is no “immediate hazard.”  The move is arguably less about improving safety and more about preventing the heavy-handed enforcement of existing jaywalking regulations. However, the rule could normalize common pedestrian behaviors that are sometimes thought of as unsafe simply because they are prohibited.

Sponsors of the bill, which passed the state legislature in September, explain the motivation: “Preventing police from using jaywalking as a pretext to stop Black and Brown people, especially since under-resourced neighborhoods often lack adequate crossing infrastructure.” Across the U.S., people of color are disproportionately targeted for walking violations.

The rule defines an “immediate hazard” as any approaching vehicle that could reasonably cause a collision, which still gives local law enforcement officers some discretion. But the rule also prevents local governments from preempting or overriding the change through traffic ordinances.

More states are taking similar steps, including Texas where a new law threatens drivers with jail time or steep fines for injuring people who are walking or biking, and other states are rolling out pedestrian safety programs and educational campaigns.