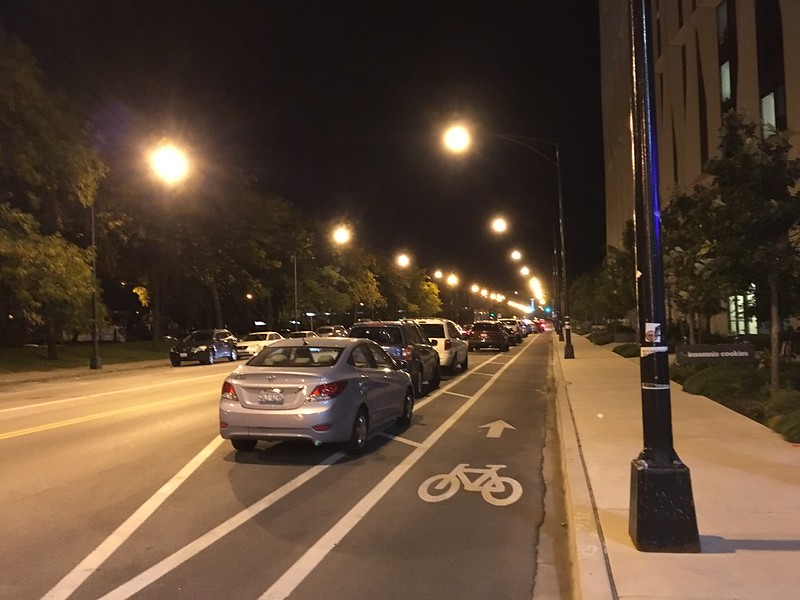 The circumstances that it takes to change the direction of a transportation agency can sometimes be extraordinary. The death of a well-known cyclist in Phoenix, Arizona, persuaded the city DOT to scrap changes it had proposed for an essential local street, in favor of protected bike lanes.

As one local news outlet reported, the death of a cyclist and downtown ambassador in central Phoenix galvanized supporters to call for protected bike lanes in the area of the crash. The Phoenix Street Transportation Department moved away from installing lanes shared by drivers and bicyclists, to painted, buffered bicycle lanes, and, on some blocks, fully protected bike lanes.

As the advocates in this situation recognized, infrastructure designed to facilitate safe biking can have important effects on safety (and, therefore, on people’s willingness to use it). The same goes for walking. A new study conducted in Florida finds that the absence of sidewalks leads to an increase in the number of pedestrians hit while walking along the roadway. On roads with no sidewalk, drivers are around 1.7 times more likely to hit pedestrians. Crashes per mile are three times more likely when there is no sidewalk. Other important factors include traffic volume, the number of people living within a half-mile radius of a crash site, and certain road characteristics. Not surprisingly four- to six-lane divided arterials increase the risk.