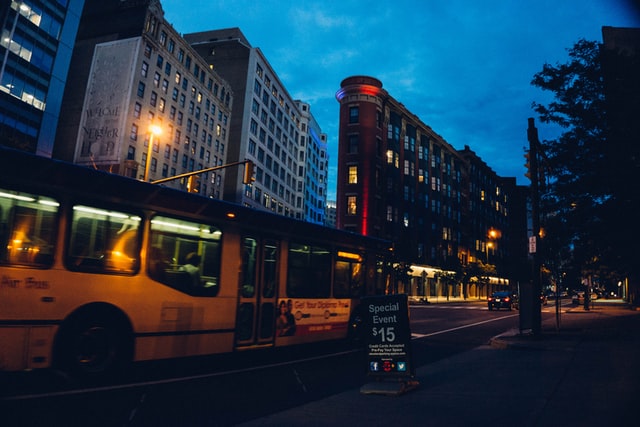 Even before the pandemic sent a shockwave through transit systems, ridership across the U.S. was on a slow but steady downward trajectory. A new report from the Transit Cooperative Research Program (TCRP) points to some of the leading causes and, more importantly, ways that thoughtful planning and transit investments could help reverse the trend in the next decade.

Total transit ridership in the U.S. dropped by six percent between 2012 and 2018, following two decades of growth (shown below). Leaving out New York as an outlier, the drop was closer to 15 percent, according to the TCRP report. By looking at different regions and routes, however, the report also points to important differences and key factors at play. 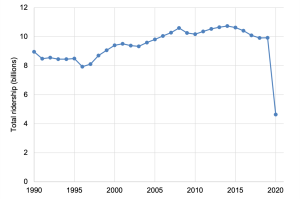 The most important factor that pushed ridership down over this period, according to the report, was the rise of ride-hailing services like Uber and Lyft, as earlier research seemed to suggest. Based on the researcher’s analysis, the increased adoption of ride-hailing services caused a 10 to 14 percent drop in transit ridership over six years. Other important factors were lower gas prices and fare increases (up to a four percent drop for each) and household characteristics like rising income and car ownership (two percent). That trend seemed to be playing out in California, according to one earlier study, and continued into the pandemic, according to another. At the height of the pandemic lockdowns, when transit ridership dropped by 73 percent, areas with higher median incomes, higher levels of education, and higher employment rates saw the steepest decline.

These studies, however, also point toward strategies for increasing ridership. Strategic fare discounts (like free passes for students) and meaningful service improvements helped increase bus ridership by around three to five percent and rail ridership by 10 to 18 percent in some cities, according to the TCRP report. Bus improvements included implementing transit priority systems like bus rapid transit or pursuing a complete network redesign with improved service and ridership as a key focus. Using accessibility analysis as a lens for evaluating system changes can also help agencies assess potential ridership, according to recent research.

As just about every transit ridership study suggests, there are also important benefits to concentrating service improvements in areas with lower household incomes, both in terms of potential ridership and the clear equity implications. Moreover, policies to ensure that there is sufficient affordable housing in new developments near major transit stops can help boost ridership and prevent displacement or gentrification.

As an important contextual note, transit ridership does seem to be rebounding in many cities. Visits to transit stops across the U.S. surpassed 80 percent of pre-pandemic levels last summer, according to data from Google (shown below), before dropping again briefly while the Omicron variant of COVID-19 spread through cities. 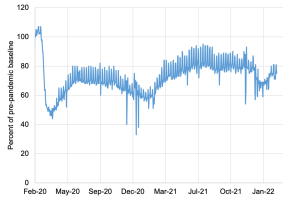 According to the most recent numbers, New York City’s subway system is getting close to 60 percent of its pre-pandemic riders during a typical weekday and its buses are surpassing that number. In Madison, Wisconsin—where SSTI is headquartered—bus ridership was close to 50 percent of pre-pandemic levels even during Omicron’s peak, according to Madison Metro, and ridership outside of the morning and evening rush hour periods is almost back to normal. As in many cities, these trends are influencing how Madison budgets for operating service at different times of the day and how it will prioritize service in its network redesign, which is currently underway and aims to boost ridership even further.