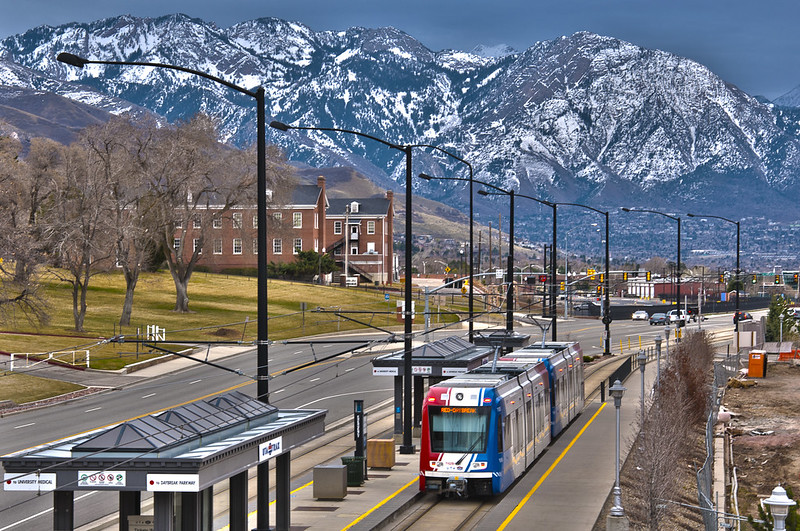 A unique public funding structure called Transportation Reinvestment Zones (TRZ) is a new strategy to increase funds available for public transportation and expanded housing near transit. TRZs work on the principle that improved amenities, access, and convenience will lead to increased property taxes, generating funds for transit and other public services. This structure is similar to tax increment financing (TIF) with the difference being mainly in where funds can be spent. In a TRZ, instead of dedicating funds to a property development, for example, funds are directed specifically at building and maintaining transportation infrastructure or operating transit systems. The funds are meant to support public transit, intermodal parking, and highway projects. TRZs are only used by two states currently, Utah and Texas.

Utah recently enabled the use of TRZs to promote greater use of public transit, in partnership with the municipalities served by the Utah Transit Authority (UTA). In a TRZ, two or more public agencies agree to capture increased property tax revenue generated by a transportation infrastructure project. This element of TRZs is also unique, as TIF districts typically must be established in one municipality. Projects receiving the funding can be as general or strictly outlined as desired by the participating public agencies, and Utah directs most TRZ funds toward the UTA for operations, spending, and capital projects. Utah in 2021 also developed the use of Housing and Transportation Reinvestment Zones to allow the use of increment funding for affordable housing development near UTA’s 15 commuter rail stops.

States without strong policy around increment and property tax funding directed to transportation may find policies in existing TIF law that allow for spending like TRZs. In Wisconsin where SSTI is located, a TIF district approaching the end of its original lifespan can be amended to direct funds toward paving and other roadway projects within a half mile of its boundary. The City of Milwaukee is planning to use $8.5 million of TIF funding to combat reckless driving with installations of curb bump outs, protected bike facilities, and lane narrowing with funds generated from three TIF districts.

Unlike Utah and Texas where TRZs are becoming more common, funding dedicated to public transit and multimodal projects is hard to come by, and state and local governments will have differing TIF regulations pertaining to the flexibility of spending. TRZs are some of the newest and more unique ways for value capture financing to direct funds to transportation priorities and skirt other non-transportation spending that may be required in other funding tools.