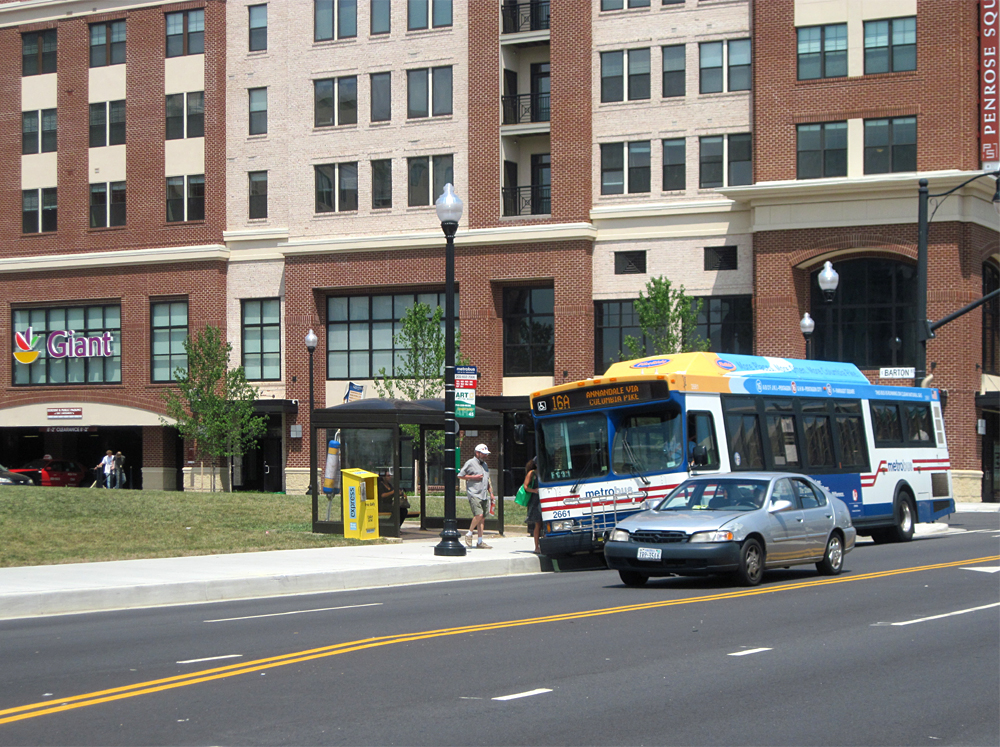 Housing and transportation are the top two expenses for the average household in the U.S. Increased housing near high-quality transit can reduce transportation costs, but does not come without the risk of higher housing costs and potential displacement. Two studies released this year can help us understand the ways in which transit can be a net benefit, and some of the pitfalls to watch out for.

Controlling for household demographics, households near transit save over $1,000 per year, or 18 percent of total transportation expenditures, compared to non-TOD households. If both demographics and neighborhood environment are controlled, the savings is less—on the order of $400 per year.

According to the study, access to rail transit reduces transportation costs most when the neighborhood is denser and includes mixed uses. In fact, redesigning neighborhoods more compactly with diverse residential and non-residential land uses, improved walkability and bikeability, and by removing some parking or reducing parking requirements can lower costs even without rail transit.

Households in the densest, transit-rich downtowns—for which no comparable non-TOD households exist—spend about $4,000 less per year on transportation than those outside of these areas.

Another recent study looks at 11 bus rapid transit systems (BRT) in the U.S., comparing property values before to those after development. The findings indicate that BRT with dedicated lanes can significantly increase the value of multi-family property nearby, while single-family properties retain their value. One way to lower property values near stations, the authors say, is by building parking.

In developing cities with high transit ridership—where BRT may not be feasible due to space constraints or congestion issues—certain BRT features can increase property values. These include “greater frequency, off-board fare collection, enhanced stations, traffic signal priority, and a dedicated right-of-way through congested areas,” according to the study. The authors add: “[w]ithout investing in pedestrian-oriented stations and encouraging TOD policymakers should expect these systems to have an overall insignificant impact on nearby land values making land value capture strategies less effective.”

It should be noted that both studies took place before COVID and may benefit by being revisited given the current uncertainty in the transit landscape.

Raising the value of multi-family property can lead to the development of more density near stations, but also increase market-rate rents. The Center for Transit Oriented Development details a number of strategies to reduce displacement by encouraging mixed-income housing. These include passing inclusionary zoning to require a share of affordable units, establishing tax credits to locate low-income housing near transit, capturing the value of public investment to fund affordable housing, prioritizing infill development, acquiring underutilized land along transit corridors while it is affordable, and parking reform.

The City of Austin, for example, is devoting about $44 million this year to buy, build, and renovate affordable housing within a mile of forthcoming transit stops. Austin will also dedicate about $20 million to local community projects aimed at stemming displacement.