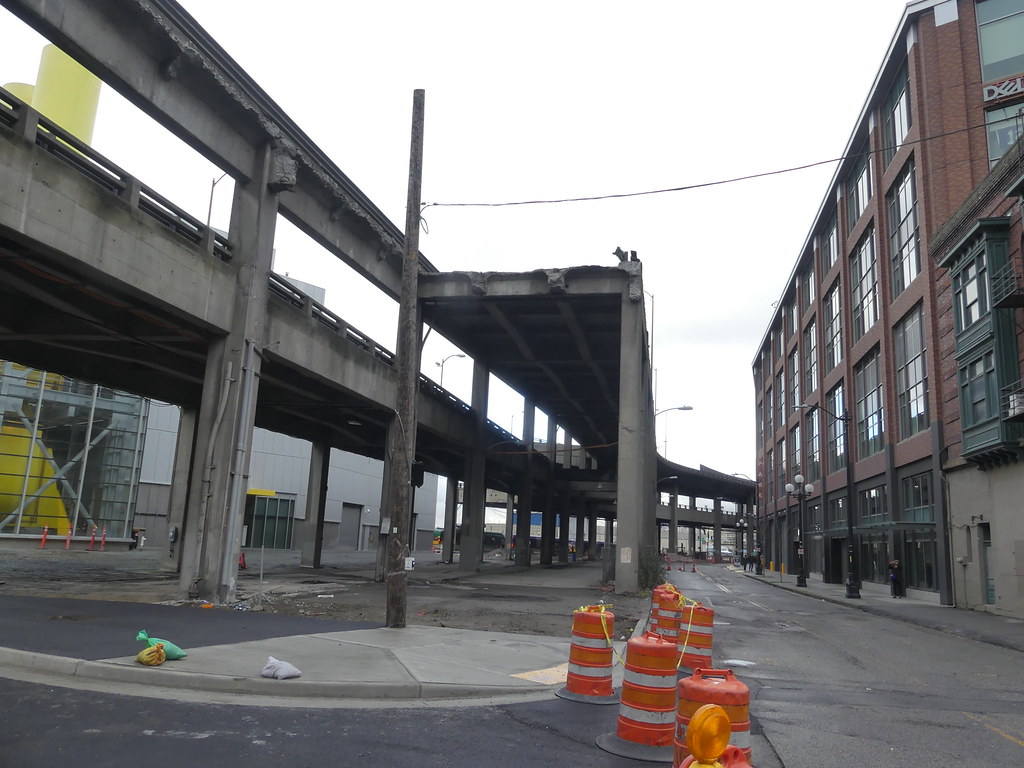 Many highways that once cut through cities across the country are now coming of age, and the state DOTs responsible for maintaining them are beginning to wrestle with what those facilities should look like in the coming decades and, in some cases, whether they should be there at all. The Federal Highway Administration (FHWA) has signaled strong interest in rethinking these highways and USDOT will soon be inviting applications for its $1B Reconnecting Communities program, authorized through IIJA. That will be good news for a small number of agencies facing mounting pressure from community members pushing for innovative thinking on urban freeways.

That pressure recently came to a head in Texas when advocates from five of the state’s largest cities organized to form a united front at the Texas Transportation Committee meeting. The group had around 30 speakers sign up to speak during the public comment portion of the meeting to touch on multiple topics, including the proposed expansion of I-45 in Houston and the widening of I-10 in El Paso. However, due to the committee’s rules limiting public comment to one hour, speakers were limited to 90 seconds in which to express their concerns, leading to frustration and the appearance that the community’s input wasn’t particularly valued. Similar advocacy efforts are underway in places like Portland, New Orleans, and Duluth.

However, several state DOTs are already ramping up public engagement efforts on anticipated urban freeway projects. In Minnesota, MnDOT is implementing its Rethinking I-94 Public Engagement Toolkit. The stated goals of the toolkit are to engage communities early and continuously, be inclusive and interactive, and address transportation infrastructure and modal needs while balancing community needs and impacts.

The Tennessee DOT created an Office of Community Transportation (OCT) to partner with local agencies in determining appropriate land use and infrastructure (or transportation facilities), strengthen local partner collaboration on transportation decisions, and improve communication between TDOT and local partners through planning efforts. One specific program that the OCT implements is its “Book-A-Planner” initiative where local and regional elected bodies, planning commissions, chambers of commerce, and other public and private organizations throughout the state can receive interactive presentations regarding specific projects from TDOT staff.

In Utah, UDOT has launched a comprehensive public engagement process aimed at planning for the future of I-15 between Farmington and Salt Lake City. A website for the project provides informational videos and other resources, and solicits input from the public. Beth Osborne, a senior policy advisor to SSTI who worked with the public engagement consultant team explains:

“It is exciting to see UDOT include the connection of people in communities (in cars or out) across the I-15 corridor when considering improvements. For those that value reconnecting communities, this is the way to do it—not as a separate project. The next challenge is to take this broader project scope and translate it into a project design that values the movement of people outside of a car as much as it values moving those in a car.”

Additionally, state DOTs can look to past and ongoing projects in other states, where highways have already been capped or converted to urban boulevards, including in Syracuse, NY where a portion of I-84 will be torn down to reconnect the street grid of the city’s 15th Ward, which contained 75 percent of Syracuse’s black population when the highway was constructed during the 1960s. Or in Seattle, where Washington DOT’s Alaskan Way Viaduct project is expected to be completed this year and will use a combination of tunnels and surface street improvements to replace the highway and improve safety for travelers and the community’s access to the waterfront.

As our climate crisis worsens and calls for restorative justice grow, conversations around urban highways will become more common and increasingly loud. State DOTs will need to reconsider how they engage the public and how they can work hand-in-hand with impacted communities.