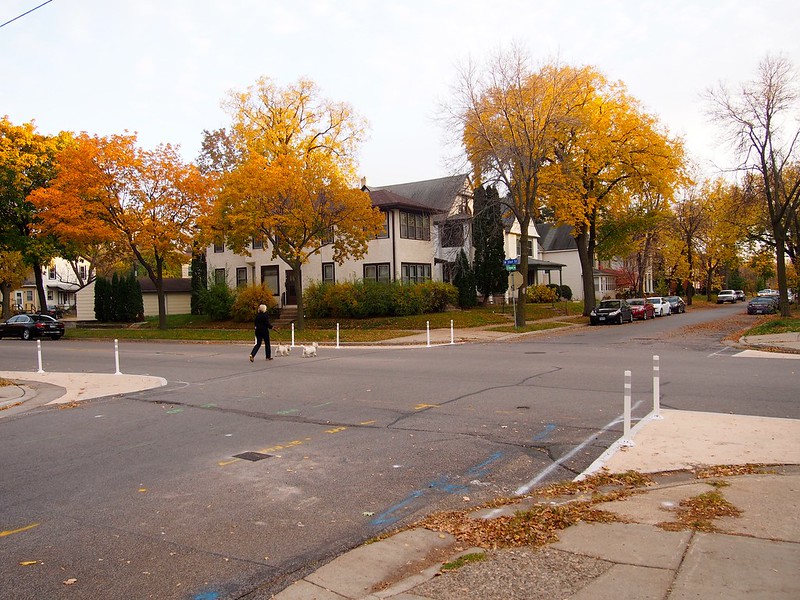 Since early in the highway era, road designers have tended to favor wide, rounded corners, and dedicated slip lanes that let drivers turn through an intersection without having to slow down quite as much. As many engineers and transportation advocates know, however, those wide turning radii can create issues for people trying to cross on foot. They create longer crossing distances, exposing people to traffic longer, and they increase the chance of a pedestrian crash by 50 percent or more, according to one new study.

The new study by researchers Texas A&M, published in ITE Journal, aims to establish crash modification factors (or CMFs) for different turning radii in intersections. CMFs are used to estimate the relative crash risk of different road designs, and let designers measure how effective interventions—like tighter corners—will likely be. In this case, the researchers found the CMF for a 30-foot turning radius, compared to a 10-foot radius, is 1.3, which means there will probably be 30 percent more pedestrian crashes. The CMF increases to 1.5 for a radius between 40 and 50 feet, and it increases to about 1.6 for a 70-foot radius. Typical speeds for righthand turns are also about 30 percent higher with the larger radius.

While smaller turning radii are not yet listed under FHWA’s Proven Safety Countermeasures, they are recommended by groups like the National Association of City Transportation Officials and ITE, and they are becoming more popular—along with other low-cost features like centerline hardening—for addressing our growing pedestrian safety challenge. New CMFs and other research-based guidance can make it easier for engineers to assess different design solutions and help them make the case for features that challenge the traditional thinking found in most highway design guidelines.