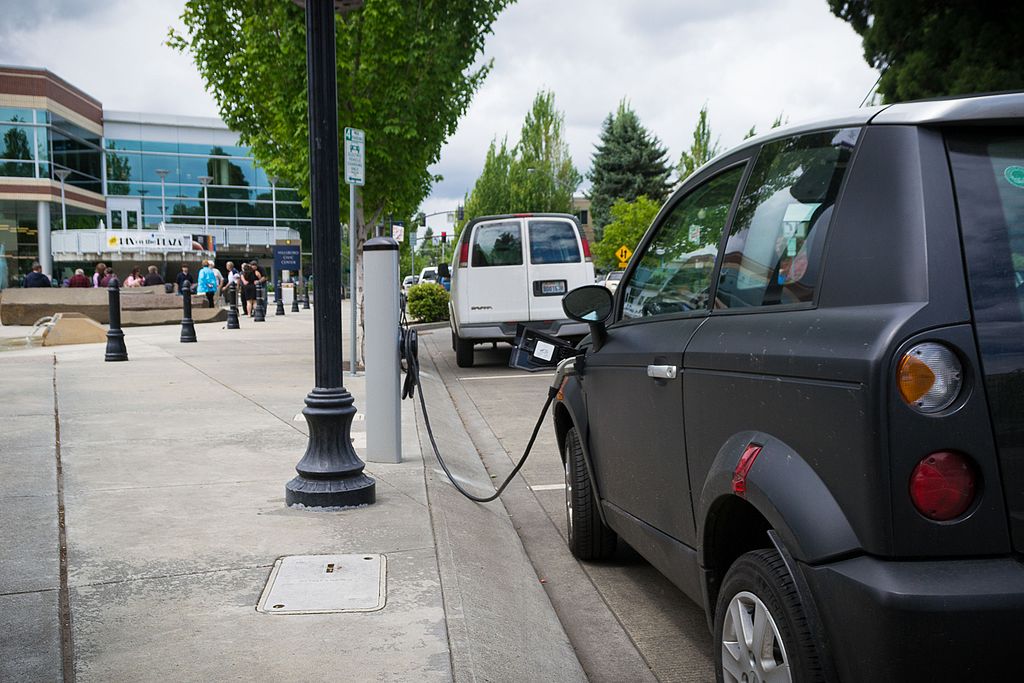 The adoption of electric vehicles (EVs) is growing in the United States, with all-electric vehicle sales increasing by 85% from 2020 to 2021 and plug-in hybrid sales rising 138%. This is a welcome trend for many, but the increased popularity of EVs combined with better fuel efficiency, and a gas tax that hasn’t been raised in thirty years, is posing a major challenge to policy makers; how to make up for lost gas tax revenue, which currently pays for 29% of state highway funds and 84% at the federal level.

This issue becomes more complicated considering many politicians have made a shift to EVs a staple of their political platforms, including at the federal level, where the Biden administration has a stated goal for EVs to make up 50% of new car sales by 2030. Both researchers and policy makers understand the environmental necessity of moving away from internal combustion vehicles and are working to better understand the incentives and policies that will move the United States toward an electric future. For example, one new study shows that EV rebates should be prioritized over building out charging networks to spur adoption. Meanwhile, new policies to encourage the shift to electric include tolling discounts for drivers using EVs to cross between Detroit, Michigan, and Windsor, Ontario, and rebate programs for EV purchases at both the federal and state levels.

While EVs have the support of many policy makers and are continuing to grow in popularity, the resulting loss of gas tax revenue used for road repair becomes a stark reality when considering that the damage EVs cause to roads is no less impactful, and oftentimes more so, than their emitting cousins. The heavier the vehicle, the more damage it will do to roads, and many new EVs are heavy. For example, the Ford F-150 Lightning weighs in at about 6,500 pounds, making it more than 35% heavier than the traditional combustion version, while the GMC Hummer EV tips the scales at over 9,000 pounds with the battery itself weighing more than a Honda Civic. The damage to roads caused by vehicles will not change with the proliferation of EVs, but how we pay for their repair must.

One strategy for recouping lost fuel tax revenue is to implement additional registration fees on EVs. As of October 2021, thirty states have introduced annual fees ranging from $50 to over $200 designed to offset lost fuel tax revenue. Most of these fees are going to state’s general transportation funds, but some states are using portions of the proceeds to expand their EV charging networks.

Another strategy is to charge drivers based on the number of miles they drive. Mileage-based user fees would allow the government to charge each driver based on their individual Vehicle Miles Traveled (VMT), regardless of whether they use an EV or gas-powered vehicle. This would not only help bridge the revenue gap created by lost fuel tax revenue but would also reward drivers who choose alternative transportation methods. The strategy has been endorsed by U.S. Secretary of Transportation Pete Buttigieg and there is funding in the federal Infrastructure Investment and Jobs Act (IIJA) to launch a mileage-based user fee pilot program. This program will spend $10 million between 2022-2026 on local and state-level pilots that use volunteers to test VMT collection tools, revenue collection methodologies, and public-awareness campaigns.

Overall, the tension between encouraging the adoption of EVs and adequately funding surface transportation projects is just getting started. Added registration charges and mileage-based user fees may be two potential solutions, but a comprehensive funding strategy will be necessary sooner rather than later.