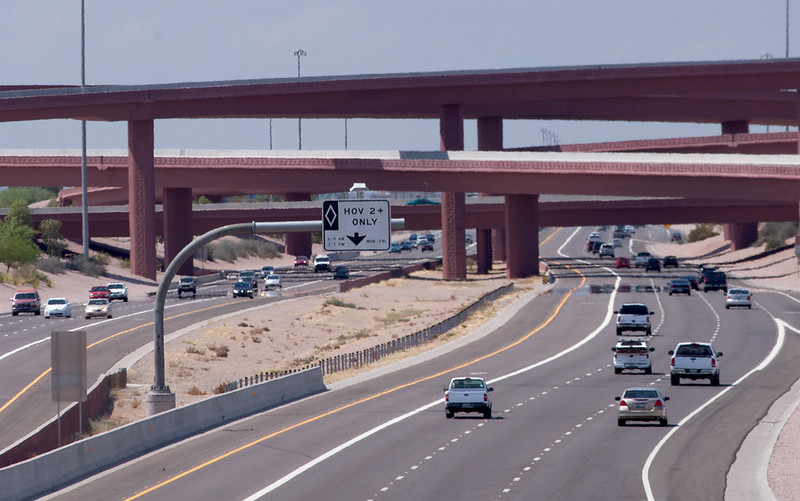 In California, during the stay-at-home period of COVID-19, people drove less and the total number of crashes went down; but the frequency of fatal crashes increased due to drivers driving faster on open roads. New research leverages pandemic-era speed, volume, and crash data in that state to show that in an urban setting adding lanes to relieve congestion and decrease the number of fender benders can make room for risky behavior and higher speeds that increase the severity of crashes.

Vehicle miles traveled (VMT) went down by about 22% after California’s stay-at-home order was issued, and total crashes went down by about 48%. The researchers’ analysis indicates that the number of fatal crashes should also have been cut in half, but, because speeds increased, the overall decrease was only about 25%.

The authors explain: “average highway speeds increased by 2 to 3 mph across all counties, but increased as much as 10 to 15 mph during peak hours in some counties. The share of severe crashes increased nearly 5 percentage points, or approximately 25%, during the COVID period.”

“Policies aimed at reducing highway fatalities should focus on the causes of severe crashes,” say the authors. Policies that treat all crashes equally or those focused on congestion relief could unintentionally increase fatal crashes, according to their estimates. They point to an 11-mile carpool lane in Los Angeles as an example:

They explain that since VMT and speed both increase the risk of fatalities, congestion relief policies can have different effects. A congestion charge may increase speeds, for example, but also lower VMT. The impact on traffic fatalities depends on the relative magnitude of those changes. The type of road on which these changes occur is important too, the authors suggest. Increasing speed on urban freeways where speeds are often already high will have much more impact than the central London example cited in the paper where cordon pricing raised average speeds on local roads by 17% from 8.9 mph to 10.4 mph.

Perhaps this is an opportunity for agencies to redefine what it means to improve safety. If the goal is to reduce severe fatal crashes, tolerating some speed-reducing congestion might benefit this purpose. Current practices often put high value on free-flowing highways. This suggests that design features to slow drivers down—along with continued research on the potential use of speed governors and alternatives to police enforcement, and careful consideration of new capacity projects—will be important while these nuances get sorted out.