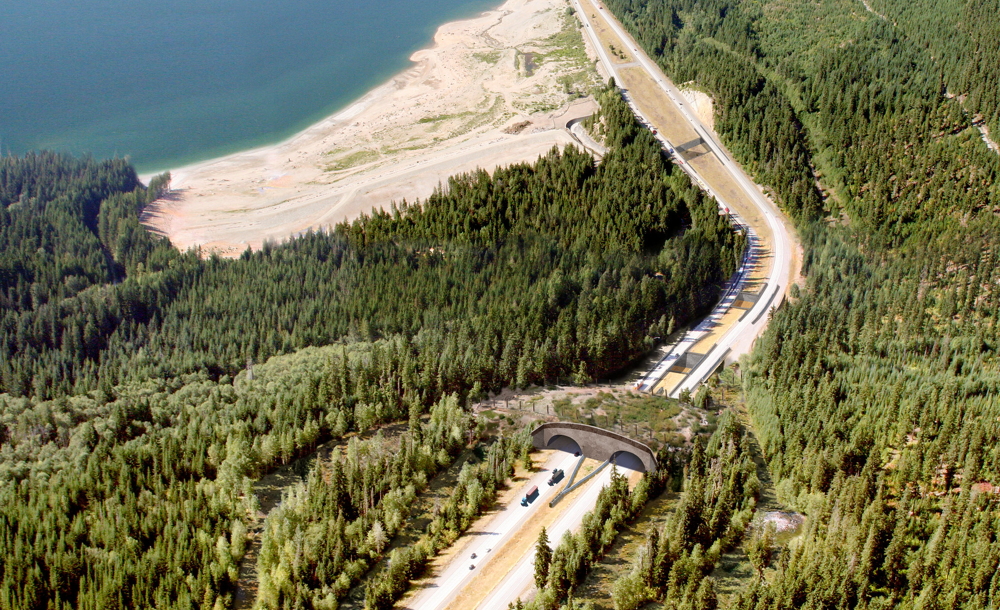 Safety is a top priority for every state DOT, and in many parts of the country that effort extends to wildlife, as many species are changing their migration patterns to adapt to climate change.

In Washington, Seattle-based non-profit Conservation Northwest has been working to create a safe passage for wildlife between the ocean and the British Columbia Rockies. One of the major barriers to this goal is Interstate 90, stretching across the state from Seattle to Spokane.

One solution that WSDOT is investing in is wildlife crossings, areas that allow animals to safely cross the interstate by utilizing either undercrossings to traverse below an elevated stretch of road, or wildlife bridges, which are fully vegetated overpasses that create a safe, natural space for animals to continue their journey.

A number of additional wildlife crossings are planned throughout the state to facilitate safer travel for both animals and humans. A project on Highway 97 has reduced collisions with wildlife by 91% since August 2020, according to Conservation Northwest.

Below is a video from WSDOT highlighting a wildlife crossing on I-90 in Snoqualmie Pass, which provides safe passage to a variety of animals, including a herd of 55 elk.

There has been SO MUCH activity on the I-90 wildlife crossings this summer.
📸 An elk calf nursing
📸 A black bear
📸 A herd of 55 elk (sped up)
➡️ COMING SOON: I-90 wildlife stats pic.twitter.com/CLVOJGTxOk