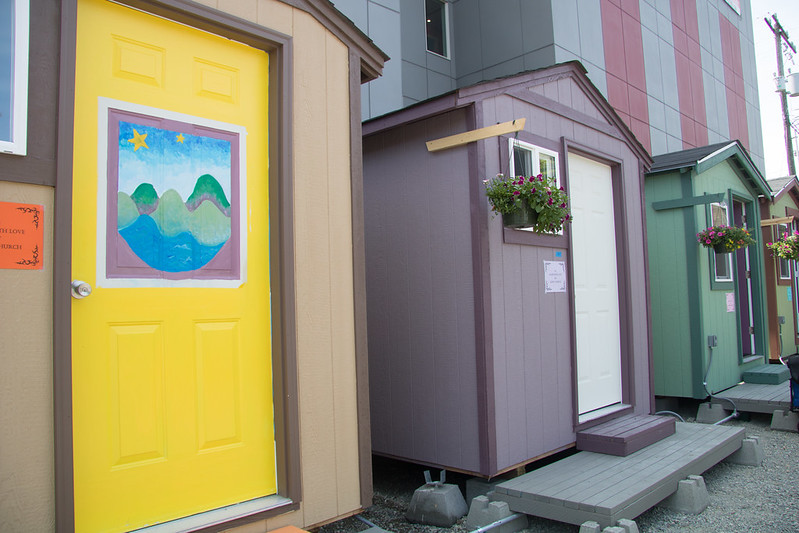 People experiencing homelessness often congregate on land owned and managed by state DOTs, especially near overpasses and on other unused rights of way. Unsanctioned encampments, however, can pose risks to DOT staff, public infrastructure, and to the individuals living in them. That often puts the impetus on DOTs to act, but DOTs don’t always have the means to ensure those people and their property are well taken care of. A new source of funding in Washington State aims at changing that.

The Washington State DOT, like many DOTs, already has policies and procedures guiding the safe and equitable clearance of encampments. Those include coordinating with local governments and social service providers ahead of time, reaching out to the unhoused to understand their needs and offer support, and storing unclaimed personal items at a convenient location near public transit.

However, it typically falls on city governments and local partners to follow through in providing temporary or long-term housing and other services for those who are displaced. A 2020 report out of Washington notes that smaller cities and towns often don’t have the resources to accommodate everyone who may want housing. Talking about the problem last year, Washington’s Transportation Secretary, Roger Millar, noted that routinely clearing out encampments without a more holistic strategy doesn’t make sense. “It’s a waste of resources and frankly, it’s inhumane,” he said.

Fortunately, the state legislature recently authorized $144 million for the Department of Commerce to work directly with WSDOT and local partners to address encampments across the state more humanely, with a focus on providing permanent housing.

The early outcomes seem promising. At its first site along I-5 in Seattle, WSDOT partnered with the King County Regional Homeless Authority (KCRHA) to provide temporary housing for most of the inhabitants there. At another nearby location, 75 people were relocated and given lodging, treatment, and resources. KCRHA reports that for six weeks its partners were “on site daily, building trust and relationships, which then allowed them to conduct the appropriate needs assessments and create personalized case management plans.” Video footage of the site can be found on Twitter.

TOLD YA: Last week, I first told you about pending homeless encampment sweep on @wsdot property at 10 Ave S. & S. Dearborn St.,known as "Jungle 2" or "The Cloverleaf." So many nicknames. Anyway, clearing is happening 11am on Friday, Aug. 26. Details on thread.👇 #Seattle pic.twitter.com/BYDDtn4jWg

WSDOT hasn’t said publicly which other sites it plans to address, but many have their eyes on Camp Hope, which houses more than 600 people near I-90, east of Spokane. Relocating those individuals will be challenging, since many people from the camp and from nearby communities don’t see shelters as the right solution. One new shelter has reached out to people at Camp Hope but has not yet attracted many residents. Many believe semi-permanent “pallet homes” (like those in Portland’s Dignity Village) are a better temporary solution. In the meantime, WSDOT has refused to remove a cooling shelter that was built on the land, despite facing threats of fines from the city.

The challenges at this site in particular make clear that addressing homelessness typically takes more than simply moving people from one place to another, since that often fails to address the underlying causes like health issues, substance abuse, domestic violence, and discrimination. But recognizing that state DOTs (and their land) often play a central role and working across agencies to address those issues presents a critical opportunity.