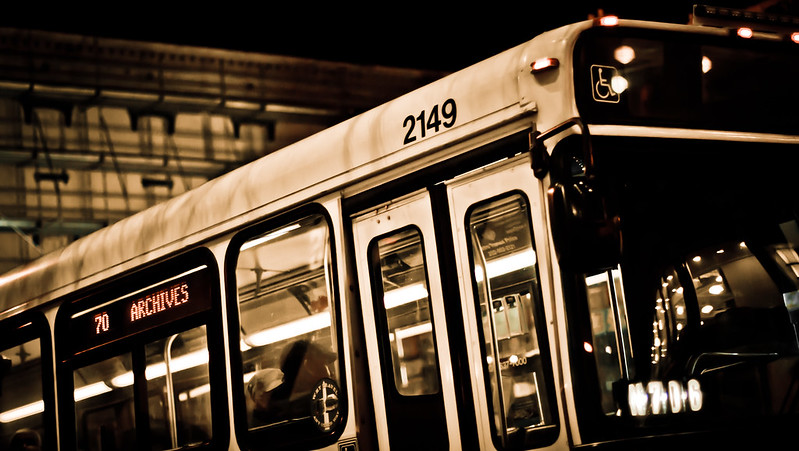 Fare-free transit has made headlines recently as more agencies propose bold plans to cut costs for riders. The latest ambitious proposal comes from Washington, D.C., which will eliminate fares on all bus rides in the city starting July 1 while also expanding 24-hour service. This is especially beneficial for low-income riders, although transit advocates often worry that eliminating fare revenues could force agencies to cut service or prevent them from making necessary improvements. These concerns raise important questions. How are these programs being paid for, and what are the prospects that they will be sustainable?

Agencies typically recoup lost farebox revenues through some combination of state and local funds, or with federal pandemic relief funds. A few, like Olympia, Washington, simply write off the costs because fares make up such a small portion of the overall budget and take additional resources to collect.

Washington D.C.’s $43 million program—approved by the D.C. Council amidst concerns from the mayor—relies on surplus sales taxes. Likewise, a $1 billion program in Los Angeles used sales tax revenues authorized under Measure M, and ran from March 2020 to January 2022. In Kansas City, Missouri the local transit agency (KCTA) stopped collecting fares in 2019, becoming the first large system in the U.S. to do so. It originally relied on $8 million that was allocated in the Kansas City budget but was later scaled back to $4.8 million while the agency leveraged temporary federal relief funds.

Many other fare free programs rely on temporary federal relief from programs like the Coronavirus Aid, Relief, and Economic Security (CARES) act and the American Rescue Plan Act (ARPA). Boston’s program covers three major routes and costs $8 million. It began with a four-month pilot on one route and was then expanded to other routes and extended through February 2024 using surplus federal revenues. San Francisco’s fare-free municipal rail program, which lasted for three months in 2021, used $12 million in federal funds. So has a program being run in Worcester, Massachusetts, by the WRTA for $3 million per year. Connecticut’s statewide program, which costs around $3 million per month and is scheduled to run through March 2023, also uses federal relief funds.

In Connecticut, the Hartford Common Council and Board of Alders in New Haven both called for eliminating fares permanently, but one state senator has signaled that federal administrators are not happy with the program running as long as it has (an issue that also came up in Boston). This suggests that many agencies may be looking to the Federal Transit Administration for more flexible operating funds, or that they will be seeking other revenue streams.

The General Assembly in Virginia carved out funds that are administered through its Department of Rail and Public Transportation (DRPT). The program requires a local match, which is slated to increase each year. Richmond’s GRTC and Alexandria’s DASH both rely on the program to cover fares through at least 2025. The City of Alexandria initially covered about one-third of the $4 million price tag, but there are concerns that the growing system could require a 90% subsidy increase in the next few years. The local share of Richmond’s $6 million program comes from the City of Richmond and Virginia Commonwealth University.

In Colorado, the General Assembly approved a grant program that covers 80 percent of lost fare revenues and other related costs during months when ozone levels are highest. In August 2022, that total for the Denver Regional Transit District was around $10 million. The Massachusetts Department of Transportation also offered grants to cover lost fare revenues among the state’s 15 Regional Transportation Authorities for about one month in 2022. The program, called “Try Transit,” cost $2.5 million and allowed some agencies to extend their existing fare-free programs.

Local funding options can sometimes be constrained by state laws, but they can also include municipal fees and partnerships with business districts or private partners. Corvallis, Oregon, implemented a utility fee in 2011, dedicated specifically to covering the $745,000 annual cost of fare free transit. Bus and trolley services in places like Davis County, Utah, Missoula, Montana, and West Palm Beach, Florida, are all funded through partnerships.

So, while there are clear instances of state and local governments stepping up to cover the additional costs of fare-free transit, it also seems the influx of federal relief funds during the pandemic has been an important catalyst for many. Continuing these programs without jeopardizing the quality of service or potential expansions may require new revenue streams for transit operations and, in some cases, the political will to empower local agencies—especially in states that preempt regional transit authorities or local tax measures.