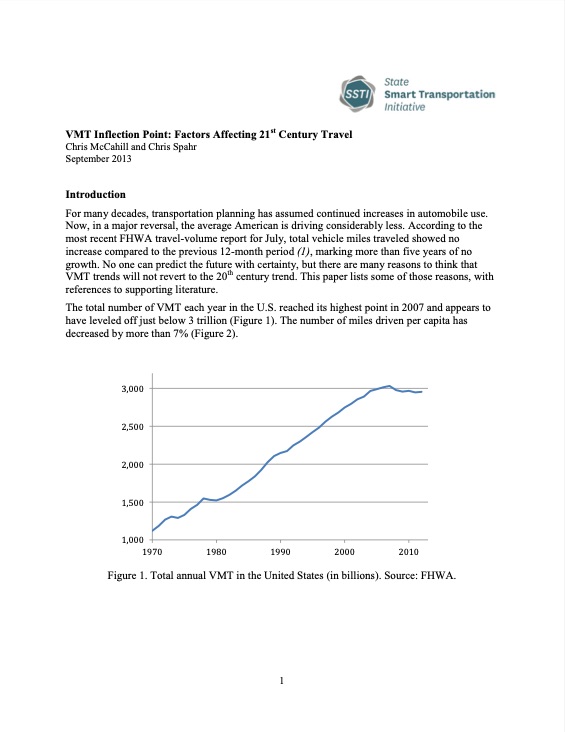 For many decades, transportation planning has assumed continued increases in automobile use. Now, in a major reversal, the average American is driving considerably less. According to the most recent FHWA travel-volume report for July, total vehicle miles traveled showed no increase compared to the previous 12-month period, marking more than five years of no growth. No one can predict the future with certainty, but there are many reasons to think that VMT trends will not revert to the 20th century trend. This paper lists some of those reasons, with references to supporting literature.